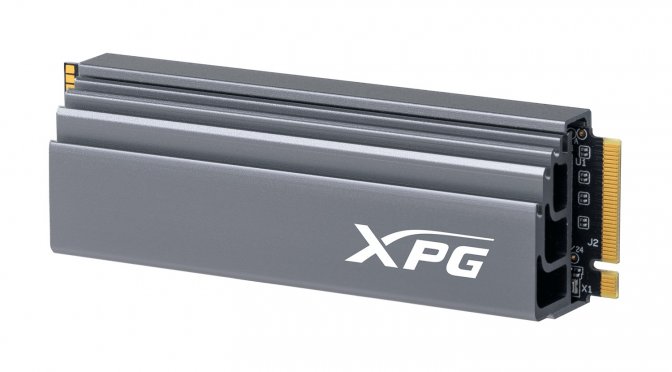 The company has just now revealed the XPG Gammix S70 PCIe 4.0 SSD, a drive which the company claims is now the fastest M.2 SSD currently in the market, boasting high data rates with superior read and write performance. The Gammix S70 is a PCIe 4.0 SSD, and the read and write speeds are rated at 7,400 MB/s and 6,400 MB/s respectively. This is definitely higher than Samsung’s 980 Pro PCIe 4.0 M.2 drive which is rated at read speeds of up to 7,000 MB/s.

For reading data, this ADATA drive is faster than both Samsung’s 980 PRO SSD, and the Sabrent Rocket 4 SSD. For comparison:

With NVMe 1.4 support, Dynamic SLC Caching and other features, the ADATA XPG GAMMIX S70 delivers users levels of storage performance which are superior to PCIe 3.0 and SATA SSDs. The XPG GAMMIX S70 is also backwards compatible with PCIe 3.0, but this will limit the drive’s overall performance. You must also have a PCI 4.0-compatible motherboard to take full advantage of these new SSDs.

For reliable operations and stability, the S70 is equipped with XPG’s proprietary heat spreader design, the CoolArmor aluminum heatsink. The aluminum heat spreader features a terraced structure and hollow chambers underneath for increased surface area and airflow. This design can reduce the temperature/thermals by up to 30 percent, and there’s a greater surface area for more effective heat dissipation.

In combination with Dynamic SLC Caching and DRAM Cache Buffer, the GAMMIX S70 will give you a performance boost for video editing, rendering, and gaming. Equipped with 3D NAND Flash memory, the S70 offers capacities of up to 2TB. What’s more, with error correcting and protection technologies, it comes with a high Total Bytes Written (TBW) rating for excellent durability and longevity.

ADATA plans to ship these drives in 1TB and 2TB capacities, and they come with a five-year warranty. The company has not yet announced the pricing or any release date.

The company also recently unveiled the Gammix S50 Lite, which is an SSD targeted at mainstream and budget users, and although still a PCIe 4.0 drive, it’s slower than the S70, but more affordable. 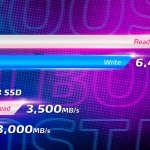 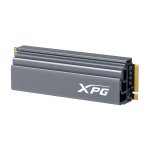 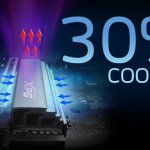