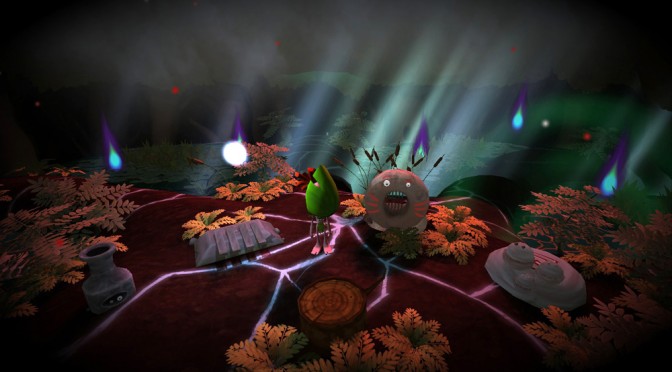 As the press release reads, A Rite from the Stars’ Kickstarter Campaign features exclusive content for the backers including in-game content like skins, an extra level and a secret area accessible from the beginning of the game. In addition, every supporter will have the opportunity to have a personal star in the game, which will include his or her name and a quote of choice.

A Rite from the Stars tells the story of Kirm, a mute boy from the Makoa tribe, proud inhabitants of the Mystical Island of Kaikala. At first, Kirm’s goal seems easy: becoming a man. However, the Stars have chosen him to become a legend among his peers. In order to complete his rite of passage he will have to master three paths: Wisdom, Courage and Spirit.

“We believe that this is a great moment for graphic adventures, a real silver age. And the Goat does not want to miss it! So here we are: bringing our own vision of a genre that has been there when we were growing. We are extremely excited with this project. We’ll release the game for Ouya, PC, Mac, Linux and also for Nintendo Wii U. The Goat thinks that Wii U is a great platform, with many possibilities thanks to its control system.”