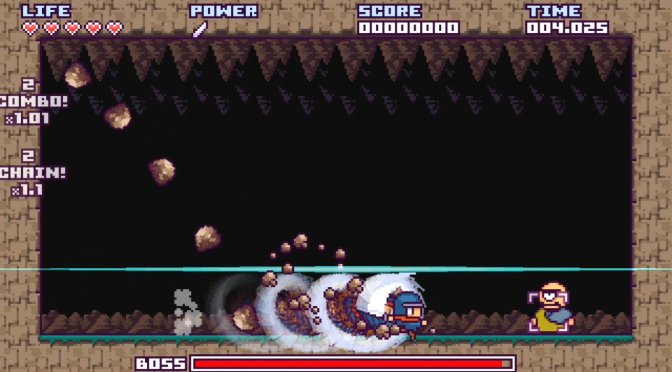 Flyhigh Works has announced that Q-Cumber Factory’s Ninja Striker! is now available for PC gamers on Steam, priced at $3.99USD / €3.99 / £3.59. Ninja Striker! is described as a colourful action game with retro-styled visuals and ‘one more go’ gameplay.

As the press release reads, the game takes visuals and music inspired by the 8-bit era and fires them up with modern touches. Heavily stylised around Japanese themes, your goal is to advance forward with as much speed, flair and combo power as possible. You have double jumps, homing attacks and a special ‘Shinobi Action’ at your disposal; only by mastering each with sharp reflexes will you make it through your quest.

You can choose between four characters, each with different abilities, and dash through a range of stages and Boss encounters. Each character changes up the way you play, meaning there’s a lot of fun to be had in battling through the campaign with each warrior.