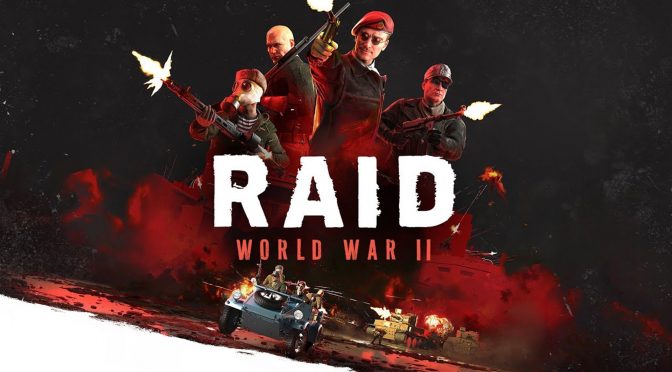 Looking like something out of Inglorious Bastard the 4 player action packed co-op shooter has been designed by Payday 2 lead level designer Ilija Petrusic.

RAID: World War 2 takes players through real-world war-torn locations adding to the immersion of their ongoing fight for freedom through Nazi Germany. The four POW’s freed by a British intelligence officer will band together to take out Hitler and every single Nazi of his Third Reich.