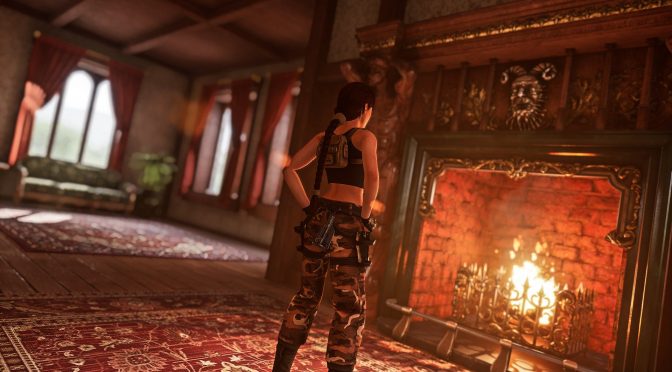 Back in September 2017, we informed you about the fan tech demo remake of the second Tomb Raider game in Unreal Engine 4, Tomb Raider The Dagger Of Xian. Created by Nicobass, that demo showcased what Tomb Raider 2 could look like in a modern-day engine. And today, we’ve got some more cool stuff for all Tomb Raider fans out there.

After almost one year of silence, Nicobass shared two new screenshots showing Lara Croft’s Manor. At this point, we don’t know whether Nicobass will release another tech demo for his Tomb Raider 2 Remake in Unreal Engine 4 that will allow player to explore this recreated manor. Still, and similarly to the original 2017 version of Tomb Raider The Dagger Of Xian, these screenshots look absolutely gorgeous which is why we’ve decided to share them with you.

Bulgakov has also shared on his ArtStation page some objects he created for the Croft Manor (that are most likely used in Nicobass’ screenshots we shared) so it will be interesting to see whether a new tech demo will be released.

It’s also worth mentioning that in 2017, Nicobass stated that he’ll work at the end of the level and the Croft Manor if the demo receives positive feedback. Needless to say that this fan remake of Tomb Raider 2 has been praised by – pretty much – everyone so a new tech demo does sound possible.

ahah! End of the level and Croft manor will be probably the next step on what i will work on if the demo will have some good feedback ?