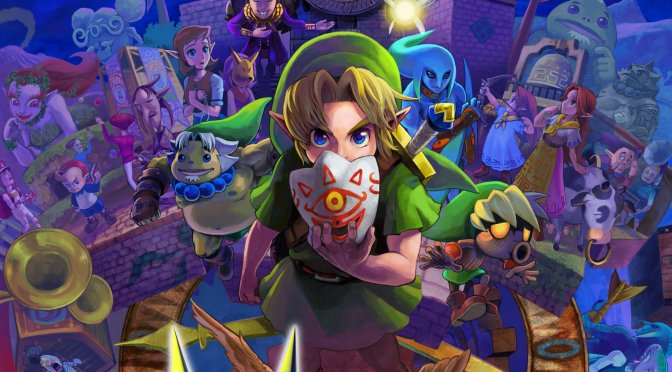 YouTube’s Nerrel has released a must-have HD Texture Pack for the Nintendo 64 classic Zelda game, The Legend of Zelda: Majora’s Mask. PC gamers can download it and use it (provided they have a legitimate copy of the game) via a Nintendo 64 emulator.

Now the good news here is that there is an auto-installer. By using this, it will be much easier to mod and replace the vanilla textures. There is also a manual way via which you can install this HD Texture Pack. However, we don’t recommend that one.

Nerrel has also released a detailed video about how you can setup different emulators and patch the game. Thus, we highly recommend watching it. You can also find links about these Nintendo 64 emulators in its description.

According to the modder, this pack overhauls 6,492 textures. Not only that, but it took him five whole years in order to complete it.

It looks really cool and I’m sure that a lot of Majora’s Mask fans will appreciate it. The following video also features some comparison shots between the vanilla and the modded versions.