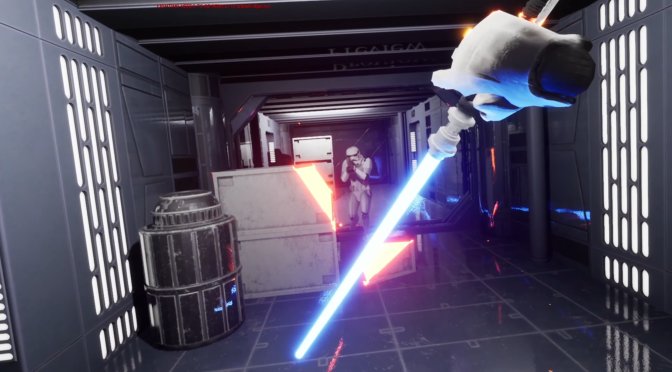 Back in March 2022, we informed you about a VR mod/remake for Star Wars Jedi Knight 2: Jedi Outcast. And today, we are happy to report that this mod is available now in Early Access.

Unfortunately, this first Early Access version is only available to Team Beef’s Patreon members. However, and once it’s out of Early Access, Dr. Beef plans to release this VR mod to the public for free.

Now while most of you won’t be able to download it, you can at least watch it in action in the following trailer. This trailer will give you an idea of how this Star Wars game plays in VR.

Speaking of VR mods, we also suggest taking a look at these VR mods for some other games. For instance, there are VR Mods for both Half-Life 2 and The Witcher. You can also download VR Mods for Resident Evil 7, Resident Evil Village, RE2R, RE3R, Devil May Cry 5 & Monster Hunter Rise.