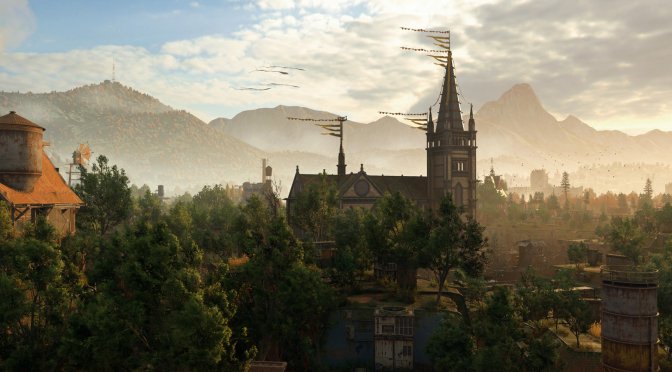 Dying Light 2 has been out for over a week and its first mods have appeared online. As such, we’ve decided to collect the most interesting ones and share them in one article.

Let’s start with the Dying Light 2 Enhanced Mod. This mod adds more shadows casted by lights, as well as more distant fog to Clear and Cloudy weather along with other weather tweaks. It also adjusts the weather cycle so it rains more often at night time. Furthermore, it increases LOD/draw distance for trees, shadows and other objects, and increases zombie/AI density around the map. It also slightly adjusts min. and max exposure values, as well as contrast and saturation. Here is a comparison between the Vanilla and the Enhanced versions. 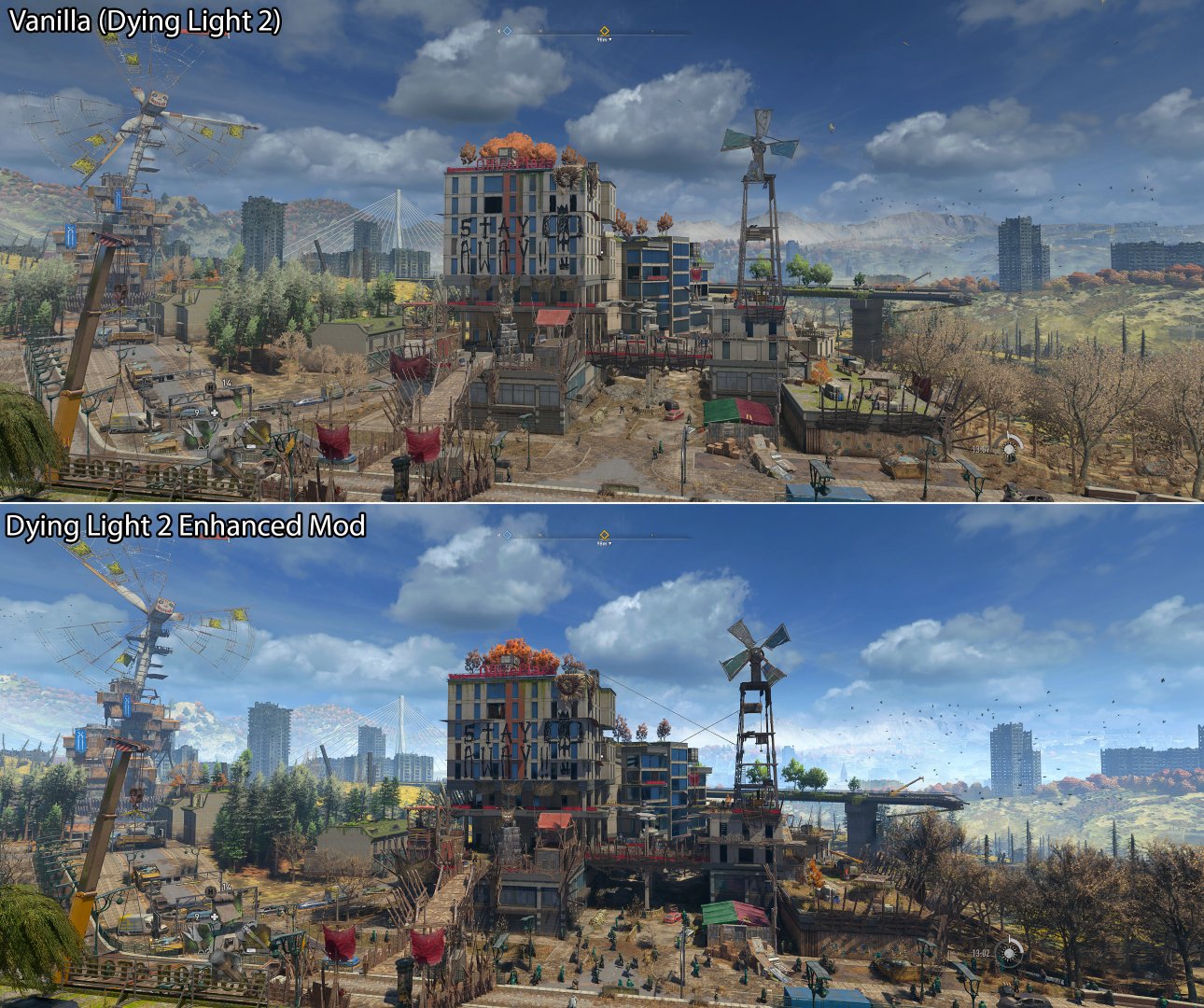 Physics Are Back is the next most interesting mod (at least IMO). This mod removes the annoying default animations and attempts to bring physics similar to those of the first game. Below you can find a video that showcases this mod in action.

Dying Light 2 - Physics Are Back

Expanded FOV adds some more FOV options. While Dying Light 2 does have a FOV slider, it’s a bit limited. Thanks to this mod, though, you can use a higher FOV.

For those interested in a more “gory” experience, we suggest downloading Gory Fun or Blood Decals. The first one makes the Game a bit more bloody. On the other hand, the second mod adds blood decals/splatters and blood puddles to hits.

There is also a mod that scales enemies to “reach the player level at minimum anywhere.”

Lastly, this mod attempts to make the game grittier and similar to the E3 2019 demo. It isn’t perfect, but some of you may like this new style.