A couple of days ago, we had the pleasure to interview Xaviant about its upcoming CRYENGINE-powered title, Lichdom. Xaviant discussed with us about the game’s multicore CPU support, whether or not it will sport a FOV slider, its Global Illumination solution, DX11.2, the reasons why they chose PC over next-gen consoles, and AMD’s Mantle. Enjoy the interview after the jump!

DSOGaming: Lichdom will be powered by CryENGINE. Can you share more tech details about it? What features will it support (number of simultaneous light sources, Parallax Occlusion Mapping and Screen Space Reflections support, whether it will have a full dynamic shadowing system, procedural GPGPU weather, physically based shading, etc.)?

Jeremiah Cauthorn: There is no real upper bound beyond raw GPU performance to the number of simultaneous light sources. For example, we have some particle effects that use a dynamic light per particle.

We do use both Parallax Occlusion Mapping and screenspace reflections, all shadows are fully dynamic.

Scott Warren: As a lighting artist, a big part of making the world feel consistent is getting surface colors to spill around the scene to ground everything together. CryENGINE’s built-in GI solution helps me cut down on the number of hand-placed lights needed to achieve a similar effect. And because it’s dynamic, it follows pools of sunlight around if we change the sun’s location over the course of playing in a particular environment.

DSOGaming: What made you choose CryENGINE over other engines (like Unreal Engine 4 for example)?

Michael McMain: We did a lot of early prototyping in Gamebryo’s Lightspeed engine. During that time, I had the opportunity to see a keynote at the Europe GDC about Crytek’s engine and their plans to license to third parties. Having played Crysis, I was already in love with the rendering capabilities of this engine. CryENGINE allows us to make a game that looks distinctly different than many of the games out there and that played a big part in our choice. It turns out to have been a great decision as they have been wonderful partners for us. 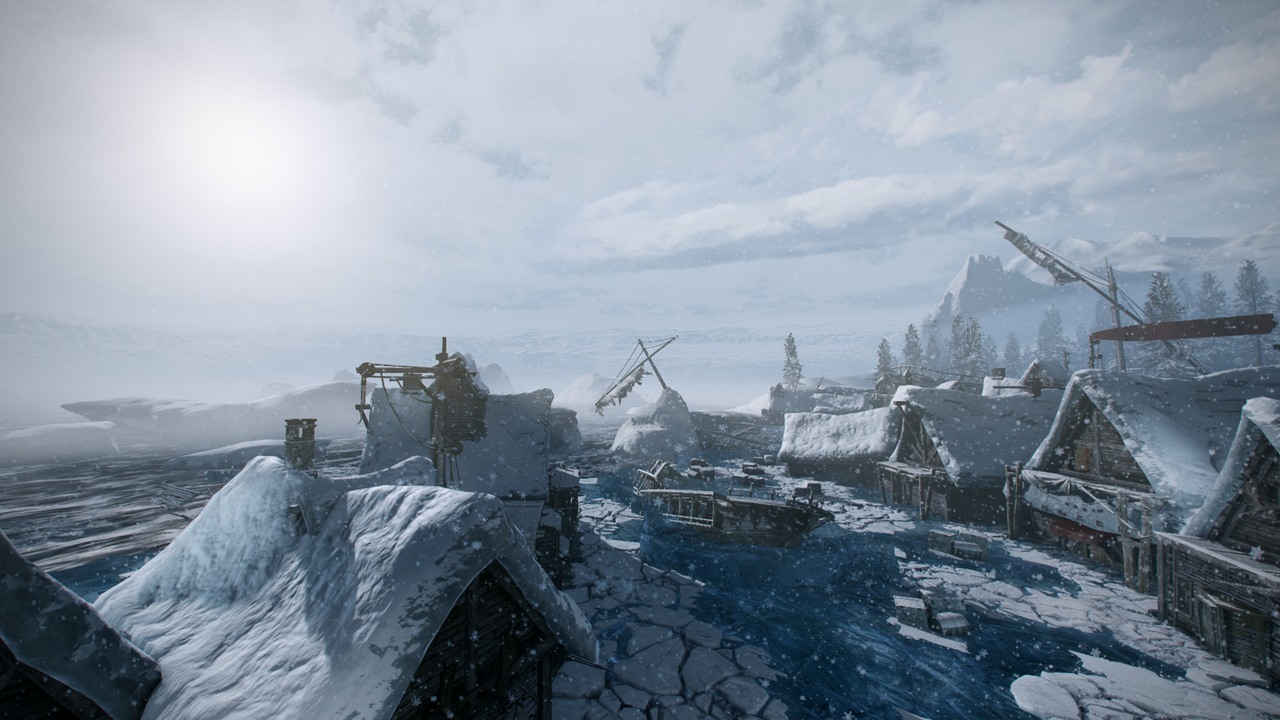 DSOGaming: How big will the game’s maps be and what kind of interactivity and destructibility can we expect? What physics middleware are you using?

Tim Lindsey: Our maps are substantial. We are delivering a world comprised of 10 maps that range in size, with several of our largest being 2 kilometers square. We are delivering gameplay through drastically different locations to give players an idea of the contrast within our world’s landscape. We are using the CryENGINE physics system to deliver a ton of environment collateral damage to your magical encounters.

DSOGaming: Lichdom is currently coming exclusively on the PC. Can you share some info about CryENGINE’s CPU multi-core support? Will Lichdom take advantage of more than four CPU cores?

Charles Hollingsworth: We do utilize multiple CPU cores by leveraging the CryENGINE threading model for its various subsystems, including the renderer. We have found that going beyond four cores gives diminishing returns. The player would likely experience GPU bottlenecks before taking advantage of more cores past that point.

DSOGaming: One of the things that – somehow – disappointed PC gamers with Crysis 3 (the latest ‘big’ PC title powered by CryENGINE) was the fact that there weren’t extensive graphics options. Will Lichdom offer advanced settings instead of preset options? Will there be a slider for FOV, and will there be any mouse acceleration/smoothing toggle options?

Charles Hollingsworth: We have received extensive internal and public play-testing feedback and continue to hone the gameplay settings. Consequently, our gameplay relies on the precise targeting and FOV adjustments to maximize the spell-casting experience for the player. We intend to expose mouse acceleration/smoothing options to allow the player to customize that aspect of combat.

At the moment, we plan to be in line with the graphics options supported in Crysis3 and we don’t intend to offer an FOV slider option. We will, however, fully support AMD Eyefinity and Crossfire.

DSOGaming: What is the one graphical/tech feature that you are really proud of?

Jeremiah Cauthorn: It’s hard to limit that answer to just one feature. We developed a volumetric perlin noise-based shading technique that allows us to create deep visual effects such as fire burning through characters and foliage. It uses a tileable 3D/volumetric perlin noise texture, generated by an in-house tool. The volumetric approach prevents visible texture seams and scales well to all object sizes.

We also developed a custom image-based lighting technique that applies to the game characters. This allows the art team to customize the final look of characters, ensures that every carefully crafted detail shows up on screen, and helps separate the characters from the background, enhancing the gameplay experience.

In addition, we’ve developed a Wwise integration solution for CryENGINE that suits the needs of our Audio team, and we were the first title to implement support for AMD’s new TrueAudio technology by showcasing GenAudio’s AstoundSound plug-in. 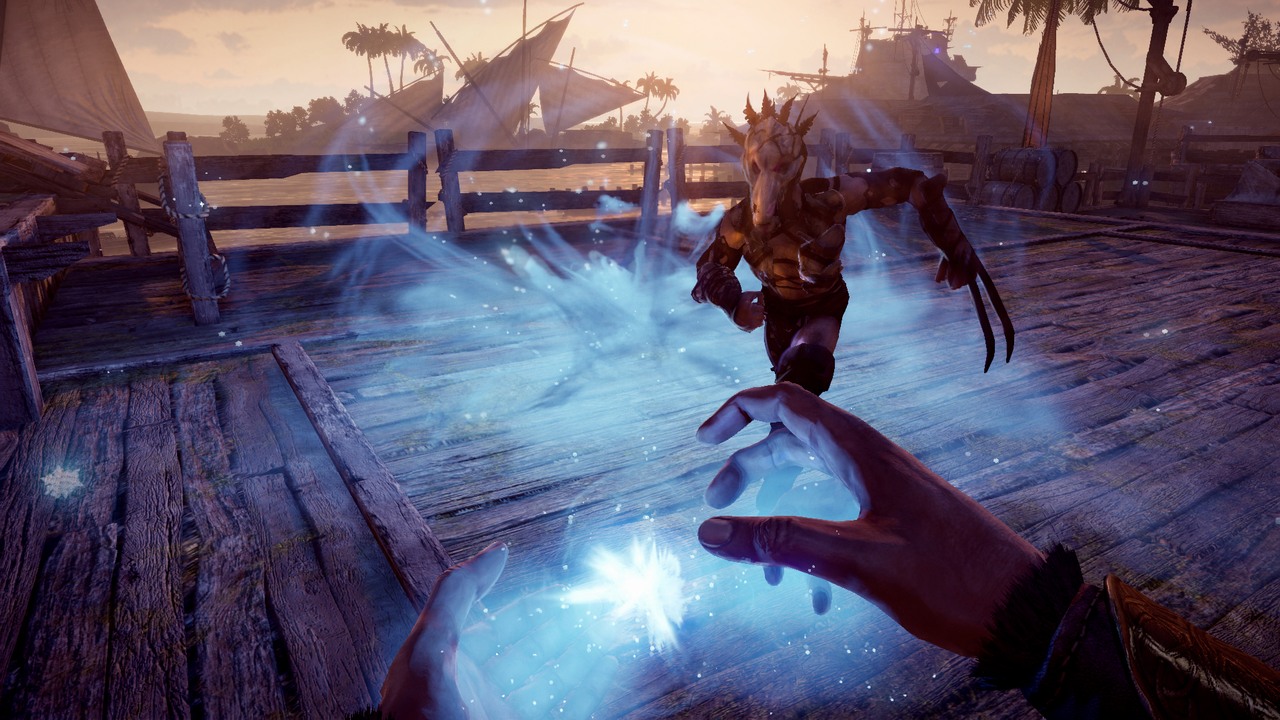 DSOGaming: Will Lichdom support tessellation? And if so, have you experimented with it (adaptive tessellation) in order to eliminate the pop-up/pop-in of distant objects?

Jeremiah Cauthorn: We do support tessellation and are using it where it makes sense. Even with the most advanced graphics hardware, tessellation costs add up. We are not using adaptive tessellation, but CryENGINE supports several different tessellation techniques that allow us to decide on quality vs performance tradeoffs.

DSOGaming: We’ve been witnessing a lot of PC titles abandoning the 32-bit OSs. Will Lichdom support both OSs (32bit and 64bit) or will it be coming exclusively to 64-bit systems?

Charles Hollingsworth: We currently test both in our QA lab. We seek to push all of the strengths of CryENGINE, therefore, our title is graphics intensive. Consequently, we focus most of our optimizations on the GPU. Currently, the system memory limitations of a 32-bit build have not had a material impact on our performance benchmarking. We will continue evaluating our automated and manual testing on 32-bit and 64-bit builds and will certainly support 64-bit version if we see a benefit to the player experience during our alpha and beta testing.

DSOGaming: Since Lichdom was showcased in AMD’s recent event, will it support AMD’s upcoming API, Mantle? And what’s your opinion about Mantle in general?

Jeremiah Cauthorn: Our production schedule will not likely afford us an opportunity to take advantage of this new API. However, as an AMD partner, we are very excited about what this technology offers us for the future and we plan to work hard with both AMD and Crytek to leverage the best possible game experience we can using every tool at our disposal.

DSOGaming: A lot of people believe that Ray Tracing is the holy grail of lighting. What’s your opinion on both Path Tracing and Ray Tracing, and do you see them being used in next-gen titles?

Jeremiah Cauthorn: As an engineer, I greatly appreciate the idea of the more unified rendering system that tracing would yield, but real world computing constraints don’t allow for it. Compute power required for tracing scales exponentially with scene complexity and viewport resolution (volumetric lights, global illumination, scattering, etc.) increase this much further. This can be mitigated with spatial acceleration structures, but doing so puts constraints on dynamic content. Rasterization has a much flatter performance demand curve in this regard. I believe any tracing for real-time applications will always be a hybrid approach at most – at least until we either develop quantum computers or are prepared to be happy with the current level of detail seen in current games. Tracing is always ‘the next thing’ because we imagine hardware will improve faster than what we demand of it, but our desire for more detail has been (and likely will continue to be) outpacing the hardware. 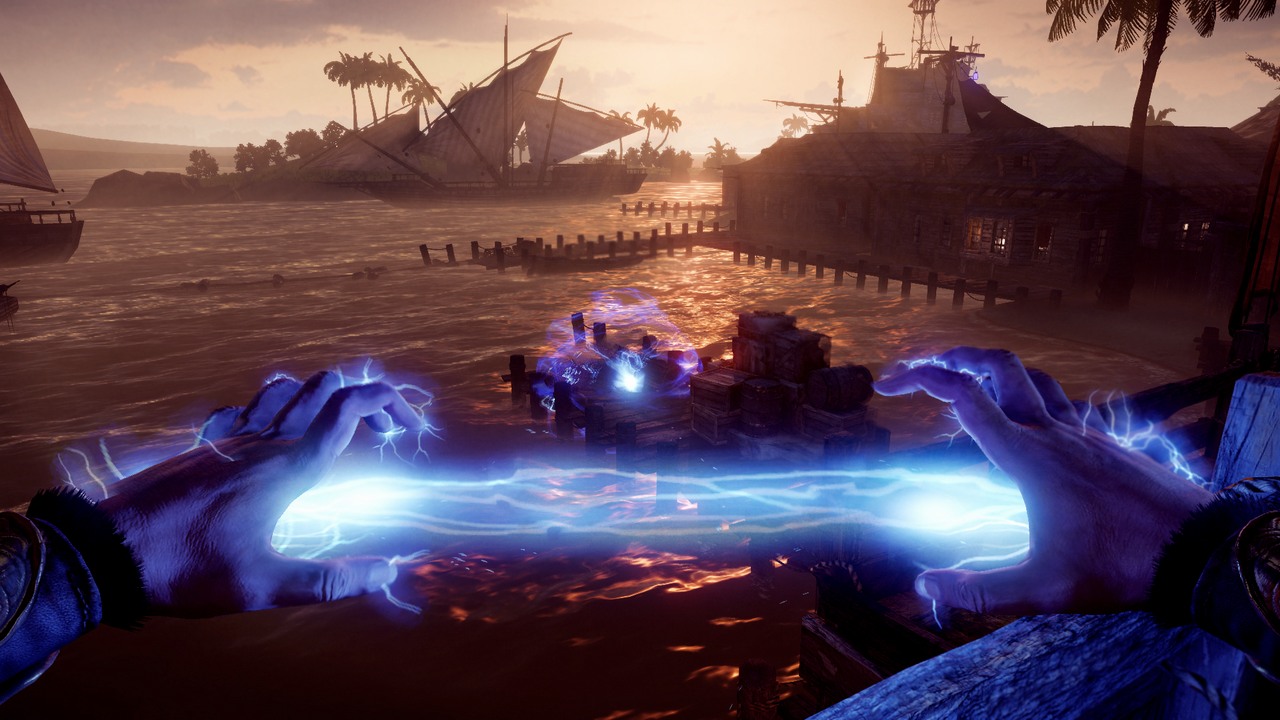 DSOGaming: What’s your opinion about Windows 8 and DX11.2? Microsoft claims that the new versions of Direct3D 11 come with various optimizations. Will you be taking advantage of them?

Jeremiah Cauthorn: We develop and test on Windows 8 and have not experienced any significant differences relative to Windows 7 for our application. We don’t currently offer DX11.2 support. Direct3D11 allows some geometry detail optimizations due to tessellation support. We’re also taking advantage of the many kernel mode switch code path optimizations available in the D3D10 and up APIs, as well as Direct3D 11 multithreading.

DSOGaming: What made you create Lichdom as a PC exclusive title instead of a multi-platform one and what were the reasons for choosing the PC platform over a next-gen console?

Michael McMain: Many independent studios struggle with maintaining control of the project during its lifecycle. A big reason for this is the market pressures that can come from premature relationships. Xaviant is lucky in that we don’t need a third party to complete the funding of this game or the next one. Maintaining visionary control allows us to focus on what we believe will make a great game without being constrained by someone else’s vision.

A good example of this is multi-player. We get asked a lot about it. Now believe me, I would love to have multiplayer in our game. However everything comes at a cost. We have a finite set of resources that we are managing well to deliver on a vision. Getting Multiplayer working would mean another part of the game would be diminished and there was simply nothing I wanted to give-up from the experience we have constructed.

The beauty is, a PC only release allows Xaviant to “put their money where their mouth is”. Did we make a great game? This release will tell us. If we did then we will see it on console and may even see new features like multiplayer support. But for now a PC release is good for us. It keeps us focused with a single finish-line in sight.

DSOGaming: Are you considering porting Lichdom to next-gen consoles?

Michael McMain: Our plans for console are not really a “port” per se. We are designing this game with both the PC and the next-gen console in mind. We selected a specific set of machine specs we thought would fit that hardware profile. We will support a full controller experience and we are designing the game with 1080p in mind. So yes, we expect to see this game on the next-gen consoles.

DSOGaming: Back in September 2012, you released the Riftwood Region Target Scene. How close to it will the actual game be? Will it be able to even surpass that target scene in terms of visuals?

Michael McMain: You might be interested to know I asked my team that same question when they told me they wanted to make these targets. During that time we were working hard to balance the ability to create gameplay with the ability to create amazing art. When Tim Lindsey (the game’s Design Director) joined us, he told me, “I want to break these efforts into two pieces. I want the art to focus on art unconstrained by gameplay and I want the design team to explore all mechanics of gameplay without being bottlenecked by art.”

To be honest, I was skeptical. My fear was that the art team would run off in some overzealous direction that was impossible to deliver in a completed game. However they did deliver. You can stand in that spot in that level and it looks just like it and the performance is awesome.

DSOGaming: Thanks for the interview. Any last words you wish to share with our fans?

Michael McMain: The team at Xaviant is working very hard to create a unique game experience in Lichdom. The goal from the start was to deliver rich magic gameplay, a deep crafting system and a diverse loot pool. We really think we have hit that mark and we hope players will agree when they finally get to see it this Summer in 2014.