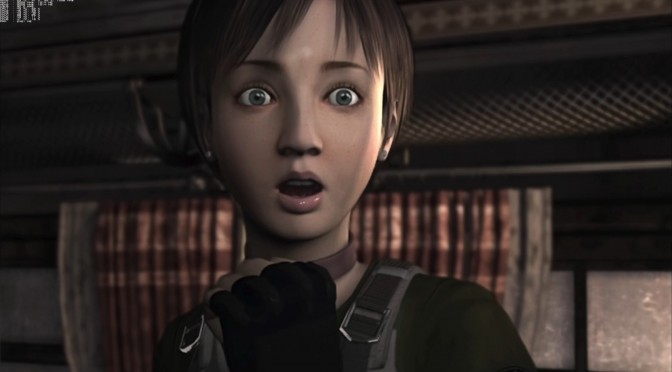 Resident Evil 0 HD Remaster releases today on Steam and Capcom was kind enough to provide us with a Review code for it. Below you can read our First Impressions of it, accompanied by a video showing the first 10 minutes from the PC version.

As the title suggests, this a HD Remaster of Resident Evil 0 that was originally released on Nintendo’s GameCube. Contrary to Resident Evil HD Remaster, however, this one can be considered a proper Remaster as it comes with better and higher quality backgrounds, a better lighting system, better 3D models and better shadows.

In Resident Evil 0, players take control of Rebecca (STARS member) and Billy Coen (death row convict and ex-Navy lieutenant). Players can switch on the fly between these two characters in order to solve puzzles and discover the truth behind what led to the horrors at the Mansion in Resident Evil. Do note that each character has different advantages. Rebecca for example can mix healing herbs and squeeze into small spaces, while Billy has more health and is more capable with guns.

As a port, Resident Evil 0 HD feels okay-ish. There are no on-screen indicators (or at least we did not notice any while playing the game), and the default keys for Inventory and Pause Menu are a bit awkward to say the least. For example, the Pause Menu can be accessed by pressing ‘Alt’, while the Inventory system can be accessed by pressing ‘C’. And no, the ESC key has not been used for the Pause menu.

As you may have guessed, Resident Evil 0 HD Remaster uses a tank control system, similar to the one found in the first Resident Evil games. Capcom has added a new Alternative control mechanic system, however do note expect to walk and shoot at the same time. And to be honest, the tank controls did not really bother us. No no no. Our biggest gripe with Resident Evil 0 HD Remaster is not its tank controls, but its Inventory system. Given the fact that you now control two characters, you’ll have to micro-manage their Inventories like crazy. It’s a really outdated system that adds nothing to the suspense of the game, and could benefit from some slight changes/modifications.

The first part of the game, as you can see, takes place in a train and is considered the best part of the game. And to be honest, we really enjoyed that section. After the train section, players find themselves in a mansion, and everything feels too familiar with the first Resident Evil game. Yes yes, there are new puzzles, enemies and the storyline focuses on the origins of the T-Virus, but things do feel familiar.

Resident Evil 0 HD Remaster is priced at 19,99€ on Steam. The game does not require a high-end PC to shine as we were able to run it in 4K resolution on a single GTX680 with constant 60fps. In other words, the PC is the definitive version for this particular title. So if you are fans of the RE franchise and have not played this title yet, waste no time and purchase it.