Titanfall is the new MP ‘parkour meets mechs’ title from the team that was forged by Infinity Ward’s founders, and aims to be the ‘next’ Call of Duty title. A couple of hours ago, Respawn revealed that it will open up the beta for Titanfall to everyone. Until that happens, though, you can read our first impressions of Respawn’s mecha MP title.

Titanfall’s beta gives access to three modes: Attrition, Last Titan Standing, and Hardpoint Domination. Attrition is your usual Deathmatch mode in which you have to kill everyone. In Attrition, you start as a soldier and during the course of the match you are given the chance to call your Titan. In Hardpoint Domination, players capture and hold three hardpoints through the map to earn points and secure victory. Last but not least, Last Titan Standing puts two teams with Titans from the get-go, and your objective is to destroy the Titans of the opponent team.

Titanfall’s biggest feature is undoubtedly its Titans. But while those huge mechas attract everyone’s attention, we have to admit that we were pleased with the controls of the pilots themselves. Pilots can double jump, run across walls and climb on various surfaces. If you are fans of ‘Attack On Titan’ you will fall in love with the control mechanics, and you’ll wish for a game – based on that anime – with these controls.

As with most FPS titles, players can upgrade their soldiers/pilots and Titans with new abilities and different guns. This also means that you gain experience points through out your matches, something you really need to take advantage of if you want to get access to more powerful weaponry.

And I have to admit; Titanfall is addictive and enjoyable. This is a really fun game, though we have to wonder whether the game will get old and boring real quickly. While the beta gave us access to three modes and two maps, I feel like I’ve seen everything the game has to offer. Yes, I have not mastered the controls and I still enjoy the parkour tricks, but will there be anything else to spark my interest or to keep me playing? And that’s my biggest fear with Titanfall. Its longevity.

Moreover, it is quite underwhelming witnessing the awful AI of the NPCs, especially when the game does not support more than 6v6. According to Respawn, this was made as a means to balance the game but this does not change the fact that the AI for bots is as dumb as it can possibly get. Of course this is ideal for those who want to earn experience points as quickly as possible (something that will also help you call your Titan quicker), but still.

Respawn included a FOV slider, there are various graphics options to tweak (be warned: Insane quality for textures may crash your game), and the netcode is top notch. The absence of a server browser list, however, is a big letdown, and we don’t think this will be addressed in the final build. Man, what a bummer. Still, that’s a nitpick as Titanfall is an enjoyable title. 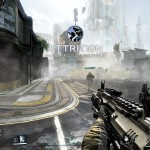 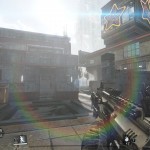 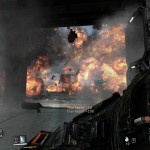 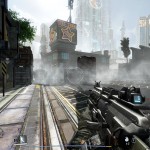 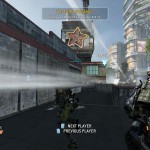