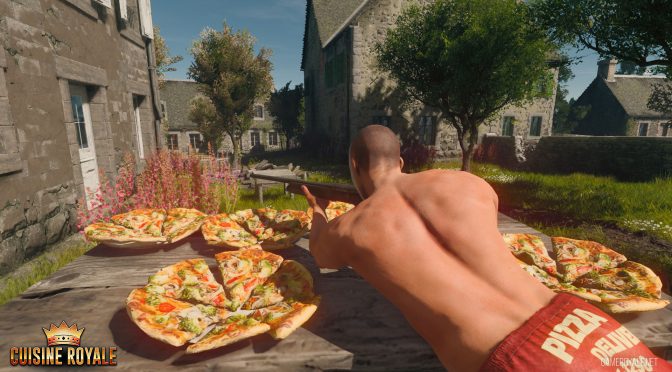 Battle royale games and modes are popping up everywhere these days. So as you’d expect, I wasn’t interested at all to see another title which could be similar to all of its competitors. But if there is something I learnt all these years is that I should not judge a book by its cover. And I was right not to. 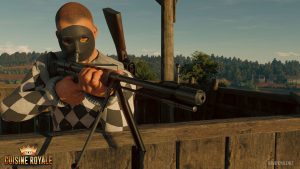 In June, and after having announced this game as an April Fool’s Joke, this free to play game appeared on Steam, called Cuisine Royale. And while it may look exactly like a PUBG copycat, it’s actually way better than it. 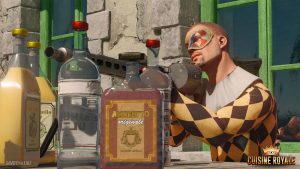 Gathering many mechanics and ideas from other battle royale titles, it uses them in new ways, subverting them, creating a strange, grotesque and beautifully non-sensical game world where everything can happen if you’re good or brave enough to cook. 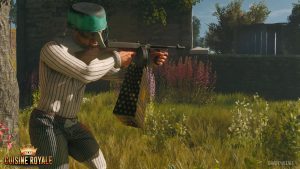 For example, you can create new items (like costumes, masks, or other cosmetics) by mixing together tears from your dead enemies and bullets in a frying pan. Or, just to give you an idea, if you smoke you gain health, and if you drink alcohol it will help you to die slower because you will not have a clear idea of receiving being hit. 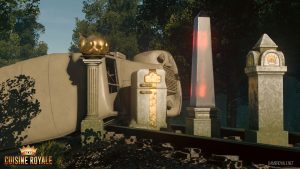 At Gamescom the developers gave us the chance to try the new Italian Season, which puts in the game costumes and items from the stereotyped idea people have of Italian Cuisine and, being me an Italian/French gamer, I was more than curious to see what was happening in game. 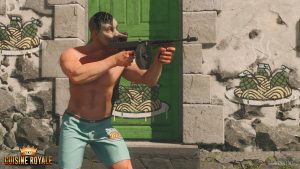 During these weeks dedicated to Italy, costumes, graffiti to write on walls and masks will all have something related to pizza, spaghetti, mafia mobsters and so on (as you can see from the images in this article). 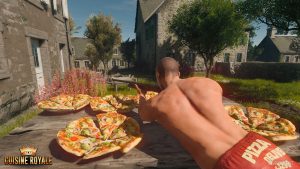 What is interesting here is that the game appears to be free to play and not pay for win, meaning that everyone has the same chances playing the game. But, if you want to pay to have a particular costume otherwise unavailable, you should keep in mind that you’re buying a silly costume which will make you even more visible to the enemies.

All weapons in Cuisine Royale will super realistic, creating a nice contrast. After all, this game comes from the same developers responsible for Enlisted.

Apart from the mad stuff developers put in, it’s a classic Battle Royale game, with a twist which makes it, at least for me, the best battle royale game around.