As promised, here are the best graphical mods/texture packs for Skyrim. These mods will improve the game’s visuals and are pretty much essential for all those seeking to experience Skyrim with the best graphical settings. As always, some of them come with a noticeable performance hit, so be sure to read the following descriptions before downloading and throwing them in your Skyrim directory.

We’ll start with the mods that were mentioned this past week here in DSOGaming. Gionight has released his ENBSeries custom settings, while Pluto has released a mod that introduces a more, realistic lighting to Skyrim without using any Post-Processing effects. This means that Pluto’s solution comes without any additional performance hit. In other words, it’s a must-have mod for those with mid/low-end systems.

Moving on to some really important mods that have not been mentioned in DSOGaming, Higher-Poly Skyrim is one of THE best mods out there. Modder DeadlyAzuril replaced the meshes of some objects with the ones he has edited. The end result is rounder apples, wines and rings. Surely someone will ask whether this mod is worth it. Well, the performance hit is minimal so there is no reason at all in not using it. Unless you funky square-ish objects. 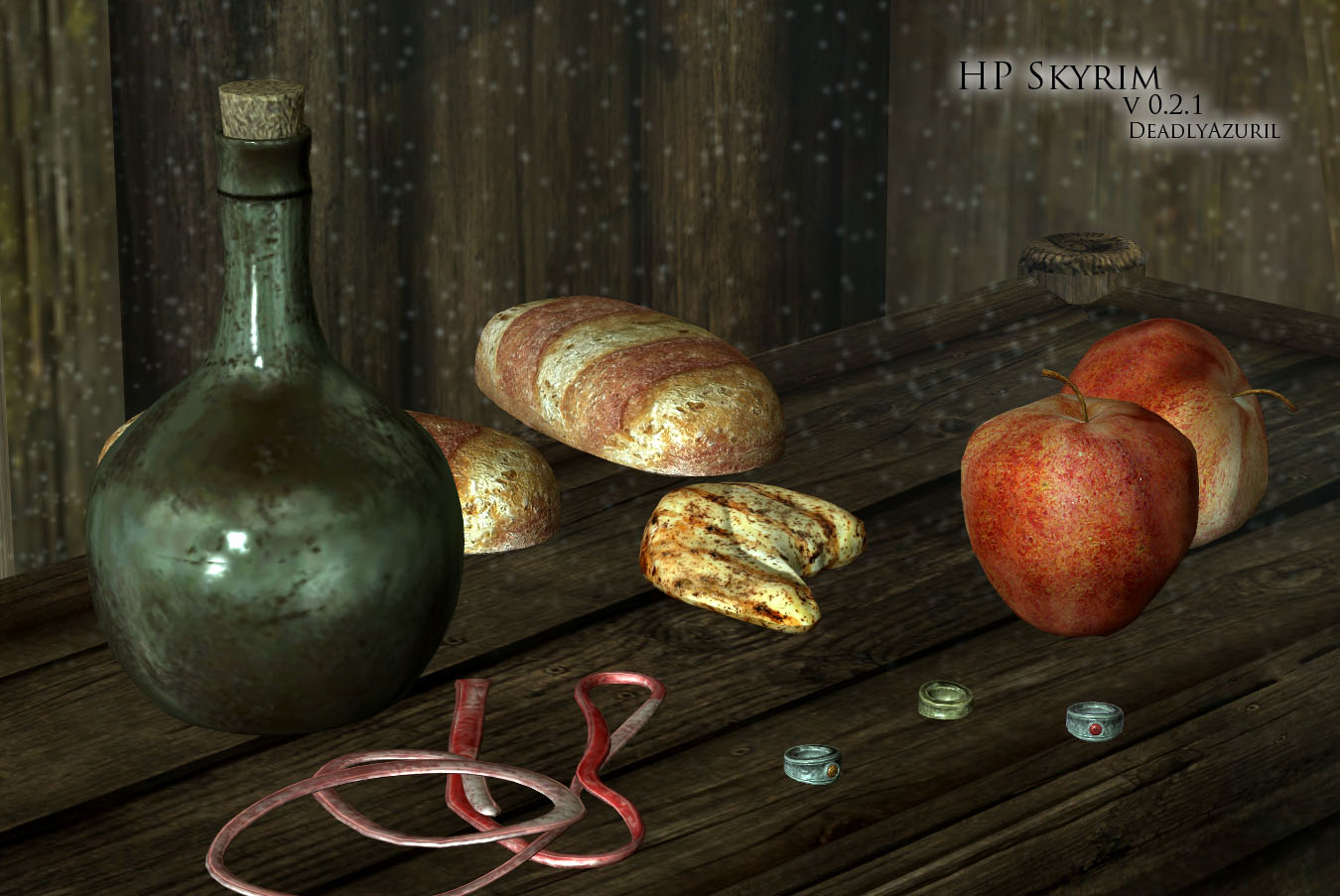 Of course we couldn’t mention some mods for the game’s characters. Improved NPC Clothing is a must-have mod as vanilla’s textures are blurry as hell. This mod comes with 2048 x 2048 textures so yeah, you should download and use it. Believable Hair is also a nice mod as it changes the way the hair in the game look. And don’t forget to download Enhanced Blood Textures as it comes without any additional performance hit and improves the blood texture detail. 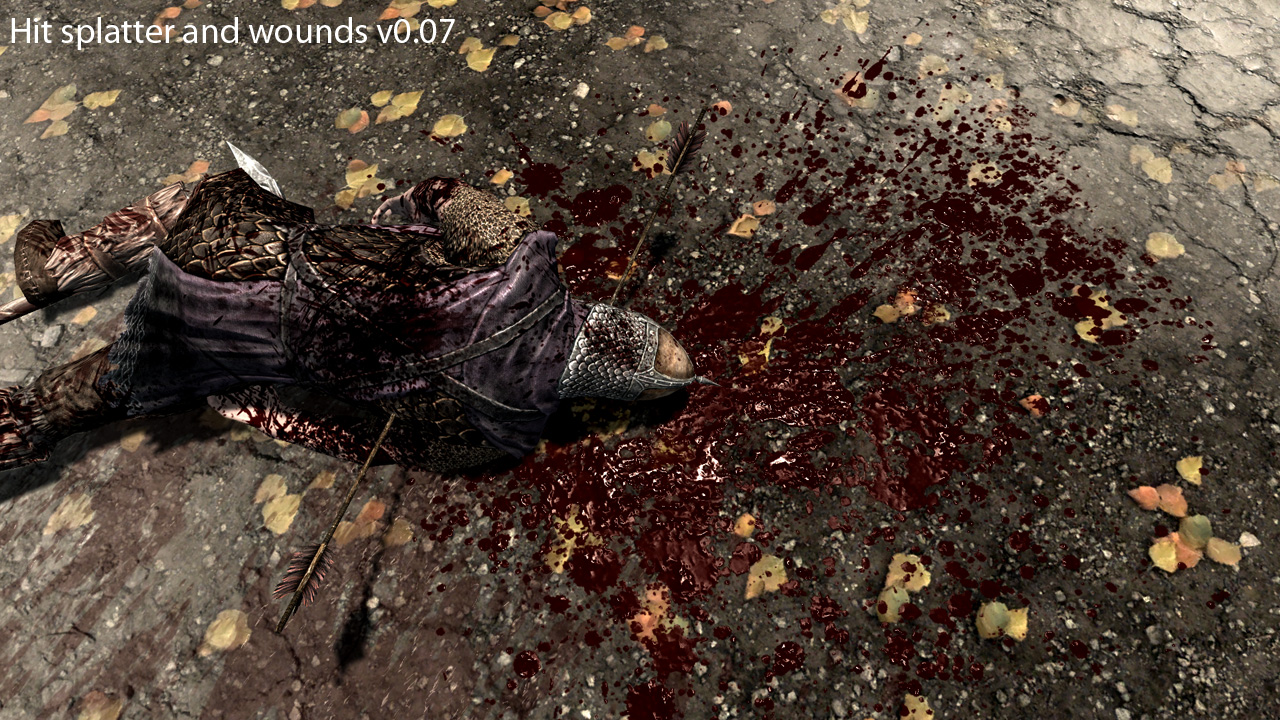 And now for some more interesting texture packs and mods. Terrain Bump at Skyrim is a must-have mod, especially for those with mid/low-end systems. This mod comes with enhanced bump maps for vanilla textures and uncompressed textures for greater clarity. If you don’t want to use any texture pack, just download and use this as you’ll get better visuals without any performance hit.

Skyrim Flora Overhaul, Better Rocks and Mountains, Serious HD Landscape Rextexture, and Skyrim: Realistic Overhaul are some must-have texture packs as they overhaul the game’s visuals. Those interested in further improving the game’s visuals can also give a shot to Watery Rocks, Better Rain Drops, High Resolution Books, HD Furniture and Barrels, HD Clutter and Furniture, HD Barrels and Chests, Silly Level of Detail – Potions and Poisons, and Realistic Ore Textures. The afforementioned texture packs improve various objects of the game’s world and when you put them together, you get one hell of an overhaul. 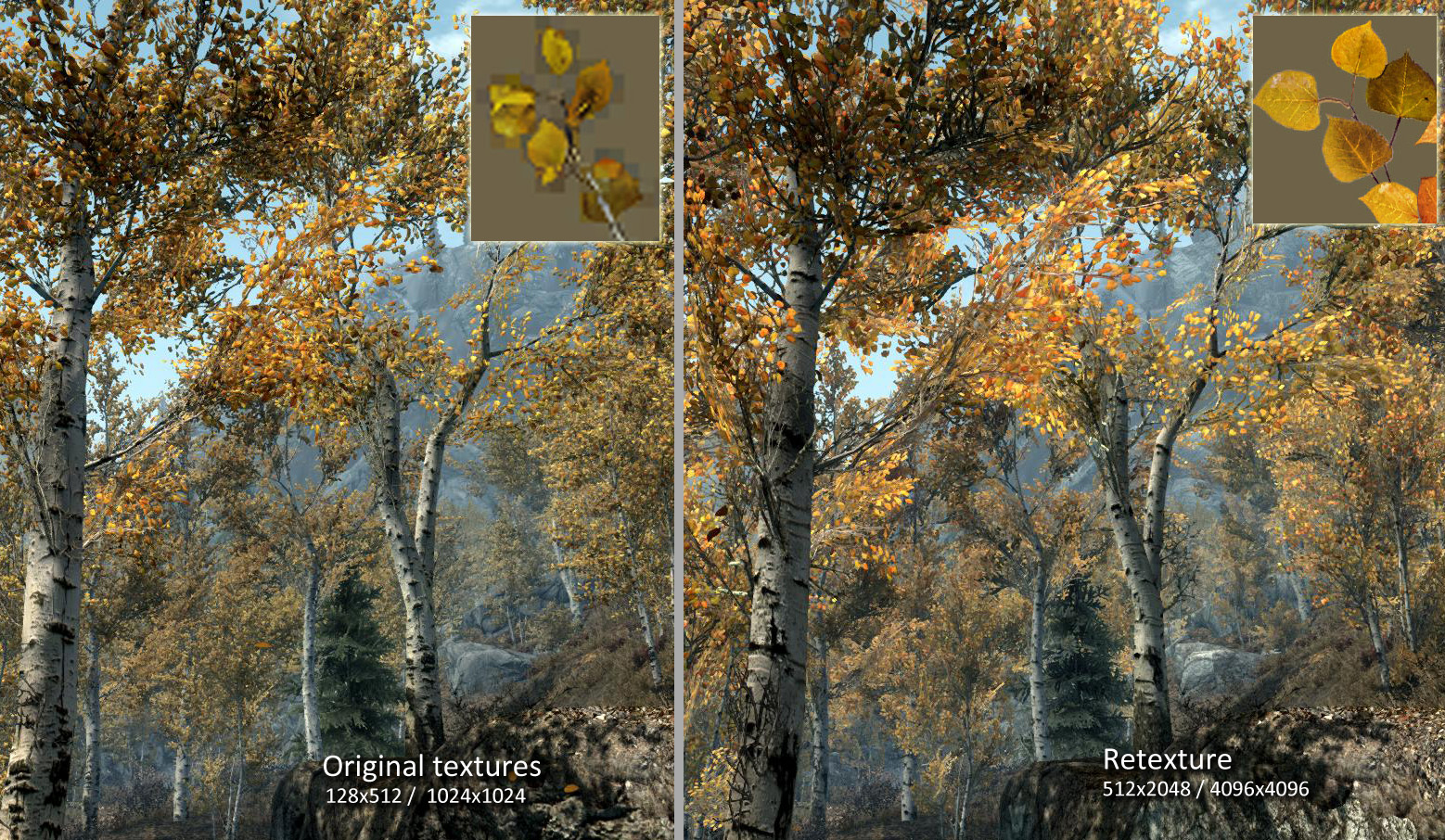 Last but not least, we highly recommend using Farmhouse and Villages vanilla based HD textures by Ecmgecko. Ecmgecko did an amazing job as he managed to fix and to build high-res textures out of the vanilla stock ones for both Farmhouses and Villages.

And there you have it. These mods and textures will improve Skyrim’s visuals and will make it identical to the screenshots you’ve seen floating around the web. These are the best graphical mods/textures for Skyrim and we highly recommend them. If you thought that Skyrim vanilla looked great, then by all means download the afforementioned projects and witness some of the best PC visuals ever!