Warner Bros has just lifted the review embargo for Gotham Knights, and we can finally share our tech thoughts about it. And, unfortunately, the game currently has major performance/optimization issues on PC.

At first glance, the game performs okay-ish. However, and once you start driving, performance goes downhill. At 1080p/Ultra settings, we were frequently dropping below 45fps while driving and exploring Gotham city. Things got even worse when we enabled its Ray Tracing effects, making the game completely unplayable.

Above you can find a video, showcasing these performance issues. But let’s also take a look at a screenshot. In the following screenshot, we can clearly see that both our CPU and GPU are not maxed out.  Looking at the framegraph, we get a better idea of what is happening. From the looks of it, Gotham Knights loads objects/new areas while driving, resulting in performance hitching and stuttering. Do also note that we’ve installed the game on a Samsung NVMe 980Pro SSD. So yeah, everyone will be getting these stutters while driving. What’s also interesting here is that we could easily replicate these stutters/performance drops, at the exact same locations, by reloading a checkpoint. 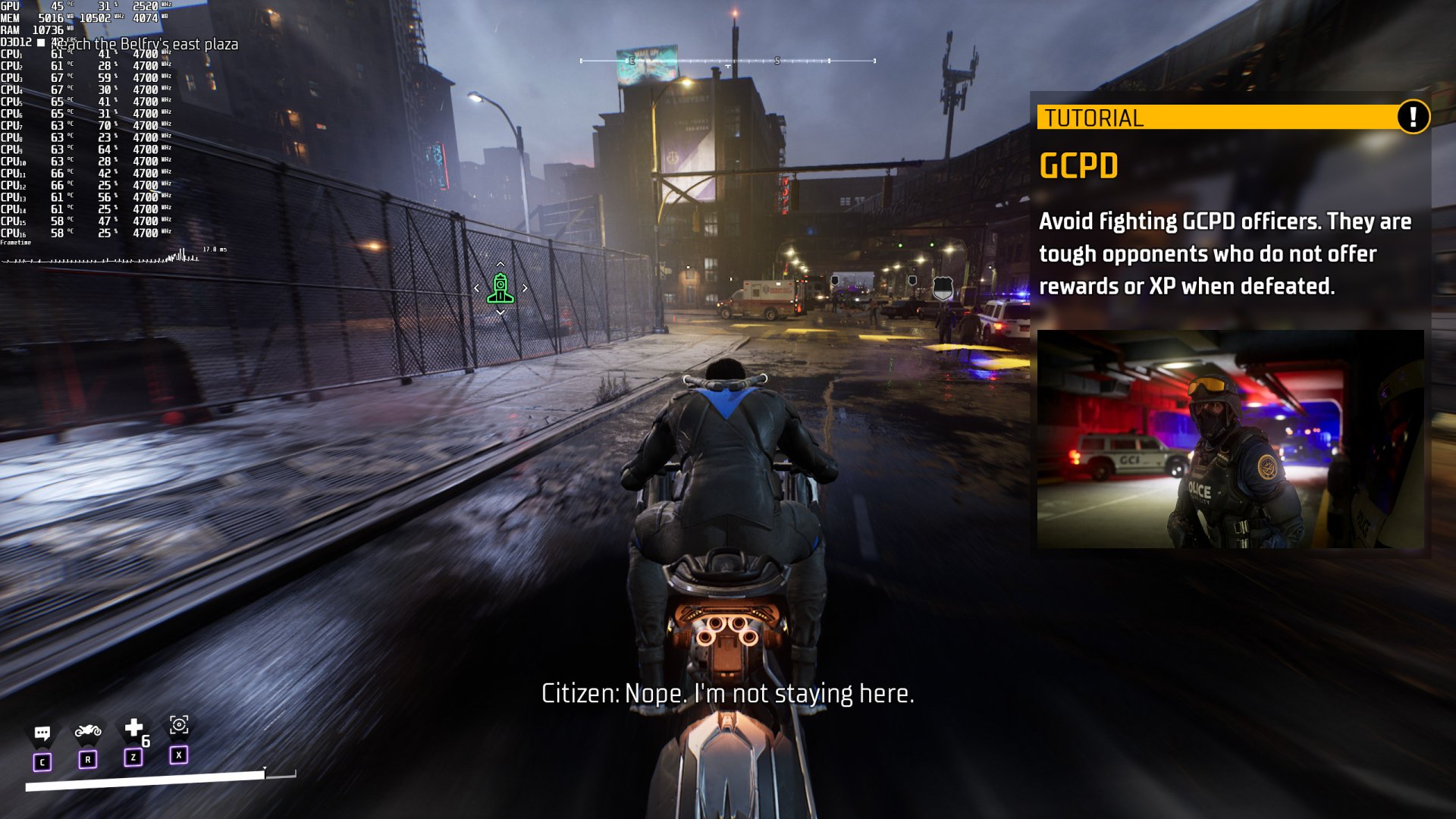 But I know what some might say. “Warner Bros has listed an Intel Core i7 9700K as a minimum CPU, upgrade that i9 9900K“. Fair enough. So we went ahead and dropped our settings to Medium, and we were still getting those stutters/performance hitches. Hell, we even used the game’s Low settings, and the stutters were still there. Here is a screenshot on Low settings. Notice that we’re getting the exact same stutters/hitches at the exact same place. So no, this isn’t a CPU issue. 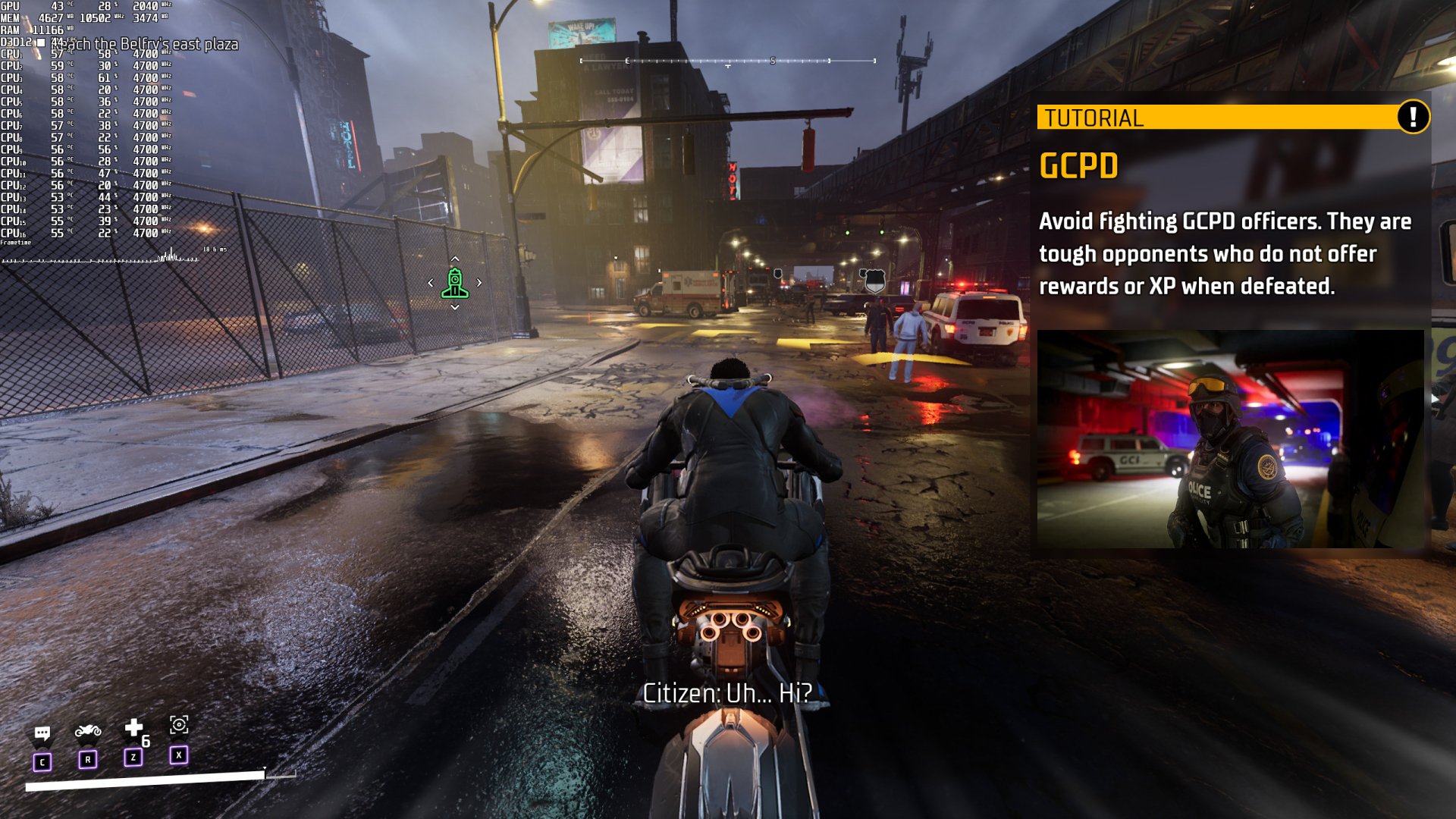 Let’s also not forget that the game is locked at 30fps on current-gen consoles. And now you know why.

We’ve already informed Warner Bros about these issues so hopefully, they will address them via a post-launch update. Right now, though, know that the game is not optimized for framerates higher than 30fps.

Be also sure to check this video, showcasing the game running in native 8K on Ultra settings with Ray Tracing on an NVIDIA RTX4090!