Koei Tecmo Games and GUST Studios have just released FAIRY TAIL on the PC. These two teams have previously worked on Atelier Ryza: Ever Darkness & the Secret Hideout. As we’ve reported, the PC port of Atelier Ryza was awful. And, as the title suggests, FAIRY TAIL PC is in most regards as bad as Atelier Ryza PC.

Let’s start with some good news. The game supports mouse for navigating the menus and during its turn-based fights. Moreover, it does not suffer from any framerate, stuttering or frame pacing issues. Thus, PC gamers do not longer have to connect a gamepad on their PC so they can avoid any possible frame pacing or stuttering issues.

Unfortunately, though, FAIRY TAIL does not support mouse look. I seriously don’t know what the hell is going on here. I mean, how could GUST Studios offer mouse controls during the turn-based combat, but not while exploring the environments?

Not only that, but FAIRY TAIL – similarly to Atelier Ryza – does not offer any K&M on-screen prompts. The game only displays gamepad keys, and we had to press all the damn keys in or order to find out which key does what. 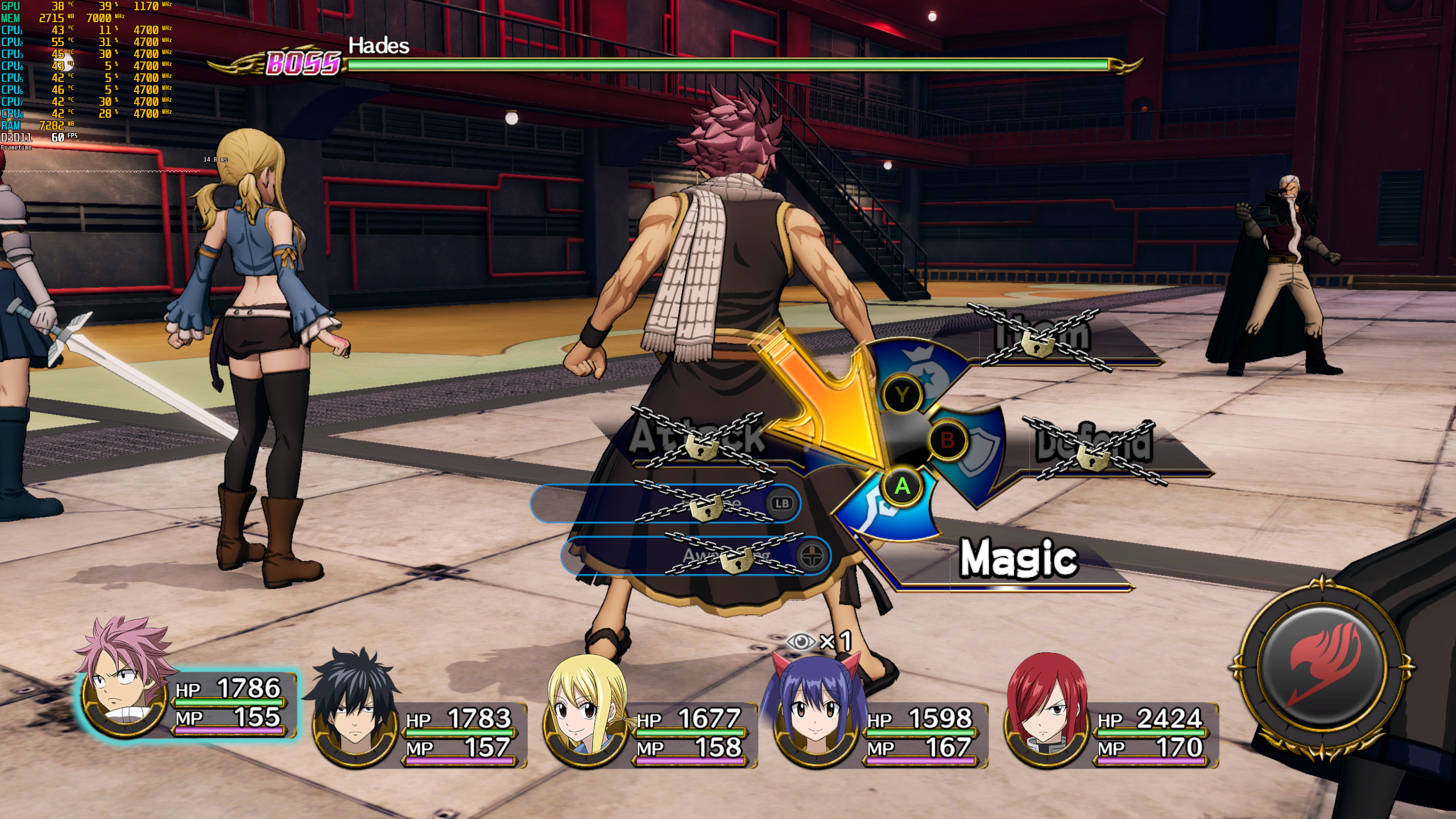 Thankfully, and contrary to Atelier Ryza, PC gamers can assign all keys via a .INI file (which is something we found out after our first playtest). However, there is no way to remap your keys in-game. This sucks, but hey… at least we can remap them via the .INI file.

Overall, the lack of mouse look makes the game completely unplayable to those that do not own a gamepad. The game’s Steam store page does not also list the gamepad as the best way to experience it. FAIRY TAIL uses a third-person viewpoint while exploring its environments, and mouse look is basically a must-have feature. It’s like having a first-person shooter in which you can shoot but cannot move the camera.

Let’s hope that GUST Studios will release a patch via which it will be able to add raw mouse input support. After all, the team had done exactly that in Atelier Ryza: Ever Darkness & the Secret Hideout via a post-launch patch. Still, it’s really disheartening witnessing another sub-par PC version of another KOEI Tecmo game.