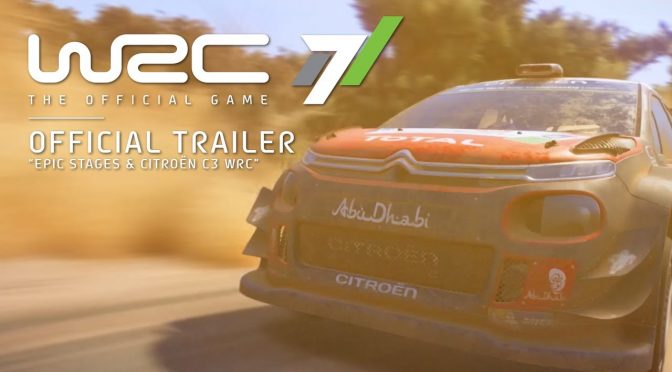 Bigben and Kylotonn have revealed a new video dedicated to the Citroën C3 World Rally Car and to the new Epic Stages in WRC 7, the official video game of the FIA World Rally Championship (WRC) 2017. As the press release reads, in WRC 7, the official cars, which take advantage of all-new rules to gain a more dynamic and aggressive appearance as well as more power, are the game’s stars.

This is said to be the case for the Citroën C3 WRC, driven by Kris Meeke, Andreas Mikkelsen, Stéphane Lefebvre, Craig Breen, and Khalid Al Qassimi, which is showcased in the all new trailer.

The trailer also highlights Rally Guanajuato Mexico’s El Chocolate special stage, one of the game’s 13 Epic Stages, which offers varied conditions: long straights through Mexican villages, much more sinuous stretches up the side of a mountain, and rocky roads along cliff edges.

WRC 7 is currently scheduled for an Autumn 2017 release.