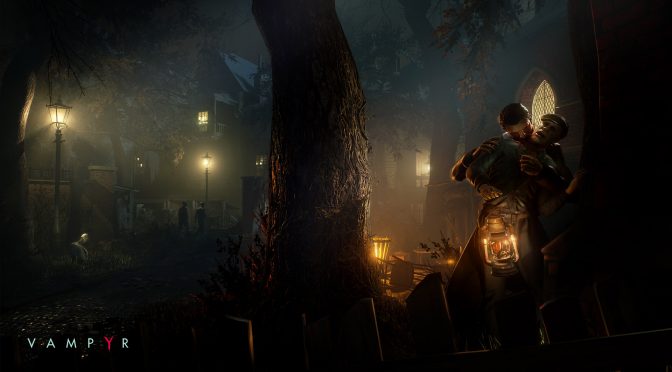 Focus Home Interactive has released the story trailer for DONTNOD’s upcoming action-RPG, Vampyr. In Vampyr, you play as Jonathan Reid, a doctor in 1918 London newly-turned into a vampire following his return from the Great War.

As a newborn vampire shattered by an irrepressible thirst of blood and thrust into a strange new world, Reid attempts to interpret the supernatural in the best way he knows how: rational thinking. However, between ancient societies, mysterious murders and an imminent large-scale vampire hunt, his scientific assurances are challenged like never before.

Driven by a personal desire to learn who caused his transformation and why, Jonathan Reid continues working to find a cure to the devastating disease that decimates its citizens.

Vampyr is currently planned for a June 5th release.