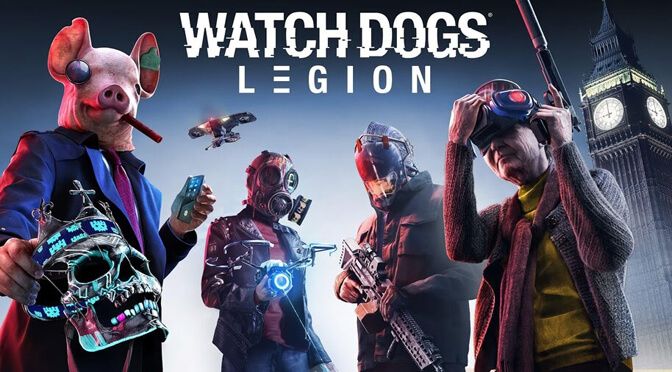 The game’s creative director Clint Hocking has given an interview to Journalist Marc Cieslak inside the game. Both of them were digitally scanned into the game’s engine as you can see in the video at the end of the article.

There is no official release date at this point, we only know that it will be somewhere between this year and the next. Watch Dogs: Legion looks more interesting compared to the previous games and I am glad Ubisoft is learning from their mistakes. Well..probably, time will tell.

You can watch the video interview below.

Watch Dogs: Legion. In a world first @MarcCieslak interviews the games creative director inside the video game itself.
Catch it on TV @BBCBreakfast and @BBCClick. pic.twitter.com/U3FQXiRQGr