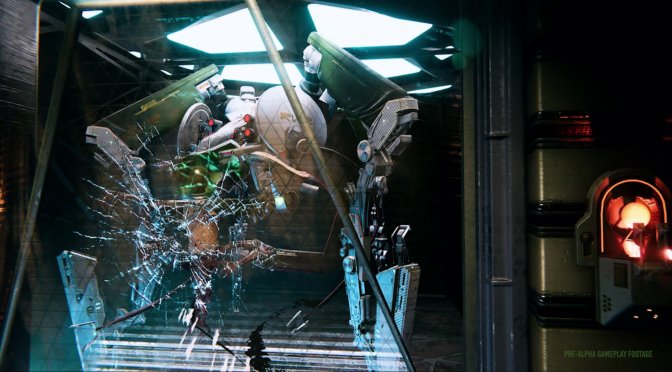 OtherSide Entertainment has just released a new video, showing one minute of pre-alpha gameplay footage from System Shock 3. This video will give you an idea of the game’s art style and combat mechanics, so we suggest watching it.

System Shock 3 will be a first-person action game in which players are free to play and explore how they want. Players can become hackers, stealth specialists, melee masters, or other classes. Players will also uncover the mysteries of the space ship that’s been taken over by the evil AI, SHODAN.

Unfortunately, OtherSide Entertainment has not revealed any additional details about this new System Shock game. As such, we don’t have anything additional to share at this point.

There is also no ETA on when System Shock 3 will come out. Since this trailer showcases pre-alpha gameplay footage, I believe it’s safe to assume that we’re looking at a 2020 or a 2021 release.