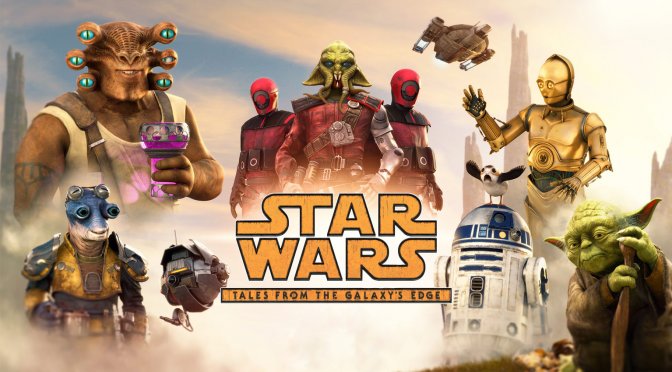 Star Wars: Tales from the Galaxy’s Edge is an action-adventure virtual reality experience coming to Oculus Quest next month. ILMxLAB recently published an official trailer for the upcoming VR title. The trailer features the planet of Batuu, and several old-school characters such as R2-D2, C-3P0, and more.

While you explore new regions and eras of the Star Wars galaxy, you will face menacing villains, but with the help of classic characters you will eventually prevail.

Play as a droid technician and learn how the actions of one person can change the galaxy. Star Wars: Tales from the Galaxy’s Edge will feature multiple difficulties in order to accommodate every player.

Star Wars: Tales from the Galaxy’s Edge will be released on November 19th exclusively on Oculus Quest.

Below you can watch the official trailer for Star Wars: Tales from the Galaxy’s Edge.