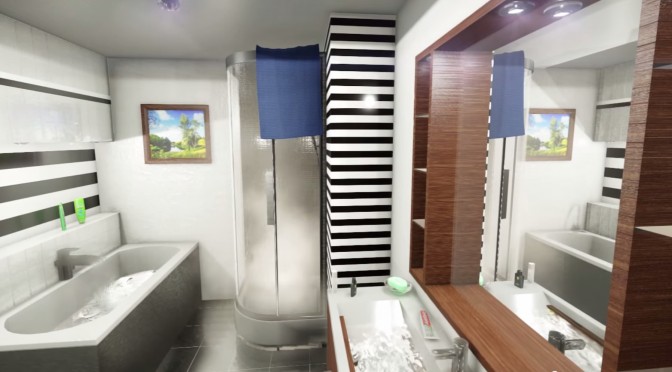 YouTube’s member “18T220” has created a bathroom environment in CRYENGINE, thus showing how flexible and powerful Crytek’s engine can actually be. This environment looks amazing, so kudos to 18T220 for achieving visuals surpassing those found in a lot of games. Now imagine what developers will be able to achieve with Crytek’s engine (provided they are willing to push the graphical boundaries). Enjoy!