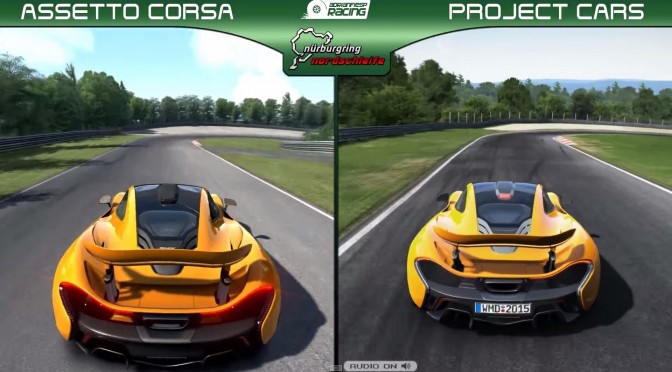 YouTube’s ‘ADRIANF1esp’ has released a new video comparison between Project CARS and Assetto Corsa. This video shows a lap at “The Green Hell”, Nordschleife, with the McLaren P1 hypercar in both. Both games were running in ultra graphics setting, and the lap is synchronized in both titles to see the differences. Enjoy!