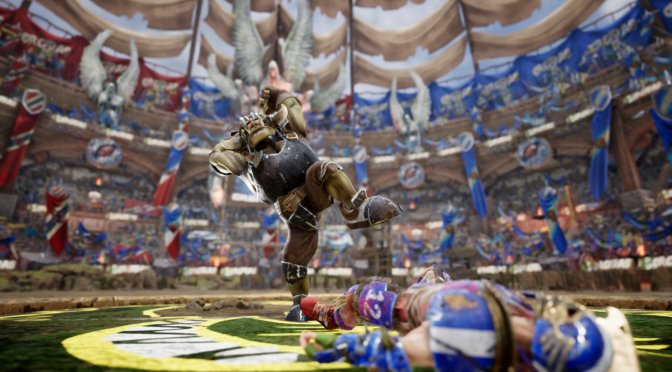 Nacon, NVIDIA, META Publishing, Dreamworks and Lienzo Mx have released new trailers for Blood Bowl 3, LEGO Builder’s Journey, Spirit of the Island, Dreamworks Spirit Lucky’s Big Adventure and Aztech Forgotten Gods. As such, we’ve decided to share all of them in one big article.

Blood Bowl 3 runs on Unreal Engine and will be the most complete and faithful adaptation of the board game to date. The game will also have more customization options than previous editions, and will also introduce Special Play Cards.

DreamWorks Spirit Lucky’s Big Adventure is an action adventure in which you ride as Lucky on her faithful mustang, Spirit, and begin a wild new adventure in Miradero. The game has a whole wide-open frontier full of exciting quests and wildlife to explore, and is available now on PC.

Aztech: Forgotten Gods is a Latin-Futurism cyberstone colossus fighter. In this game, players will battle massive bosses while wielding Achtli’s new gauntlet as a makeshift jetpack and devastating weapon all in one.

Lastly, Spirit of the Island is a colorful life simulation RPG. Players will help the locals, grow crops, take care of animals, and turn a desolate archipelago into a prosperous tourist destination.

Spirit of the Island Reveal Trailer