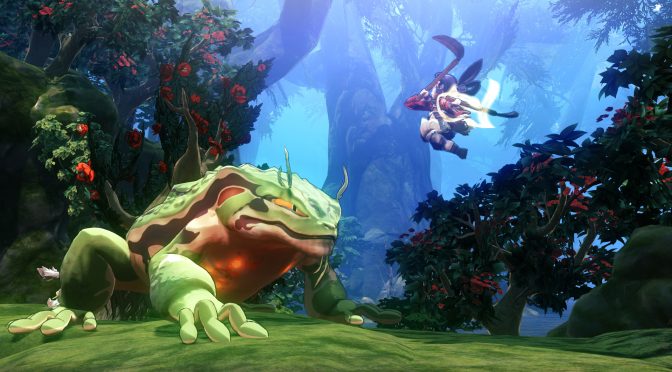 Edelweiss has released a new trailer for its upcoming action RPG that combines side-scrolling action with deep crafting and farming simulation, called Sakuna: Of Rice and Ruin.

In Sakuna: Of Rice and Ruin, players take on the role of Sakuna, a proud yet lonely harvest goddess who is banished to a dangerous island with a group of outcast humans.

As she tames the island by defeating demons in gorgeous, mysterious natural settings, Sakuna will also find a home in a mountain village, proving herself worthy of her title by harvesting rice and bettering the lives of humans.

The game will be coming to the West later this year from XSEED Games!