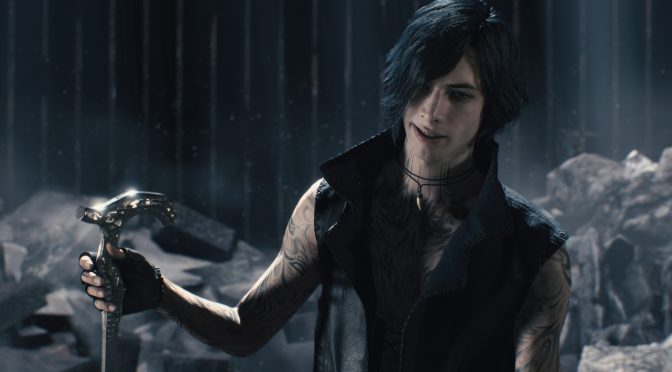 Capcom has released a new gameplay trailer for Devil May Cry 5 that focuses on the new third character, V. V can summon a demon raven and a demonic panther to help him with his battle. The character has black hair but from the looks of it can transform and change his hairstyle to white (can we call this Super SaiVan? I’ll call this Super SaiVan).

Devil May Cry 5 will feature three playable characters, each of which offer a radically different stylish combat play style as they take on the city overrun with demons. The game will also pack adrenaline-fueled boss fights and will feature destructible environments.

The game is powered by the RE Engine and is currently planned for a March 8th, 2019, release.