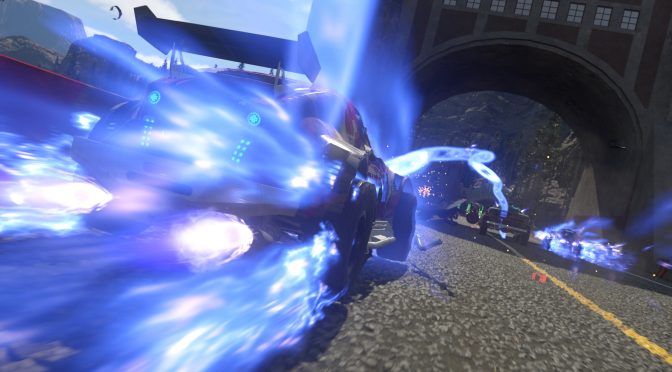 Codemasters & Deep Silver today released a new trailer which focuses on the game modes of ONRUSH. The new trailer showcases each of the game’s distinct modes: Countdown, Lockdown, Switch and Overdrive.

According to the press release, Countdown is a race through the gates against an ever-ticking clock. Hitting the gates will add precious seconds to your team’s time, keeping you in the game.

On the other hand, Lockdown is a race to fight for control of a moving zone in a 100mph King of the Hill free for all.

In Switch, players will have to survive as long as they can hunting down their opponents. Players will get increasingly stronger vehicles each time they are knocked out, but so will they.

Last but not least, Overdrive mode is a pure ‘boost to win’ onslaught until the very end.