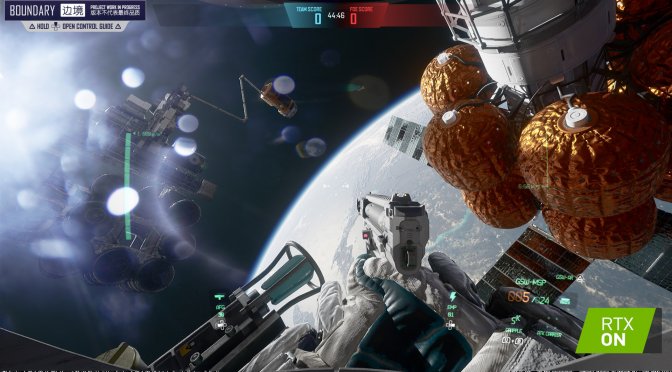 Surgical Scalpels today revealed the latest gameplay trailer for its multiplayer sci-fi shooter, Boundary. The trailer provides a glimpse of the imposing solar farm map complete with giant reflectors as well as brief glimpse at the games newest additions to the armoury including tactical shield and re-forged AK rifle.

The trailer also gives a more revealing look at the games thrilling zero gravity combat. Thus, different classes of Astronaut operators battle it out with a variety of automatic, sniper and melee based weaponry.

Boundary aims to provide players with a range of customizable options for weapons, tactical assets and astronaut classes. The game will support 5v5, 3v3 and 2v2 matches at launch.

Boundary is coming to the PC later this year and a playable beta is also on the horizon. The game will also support real-time Ray Tracing effects.