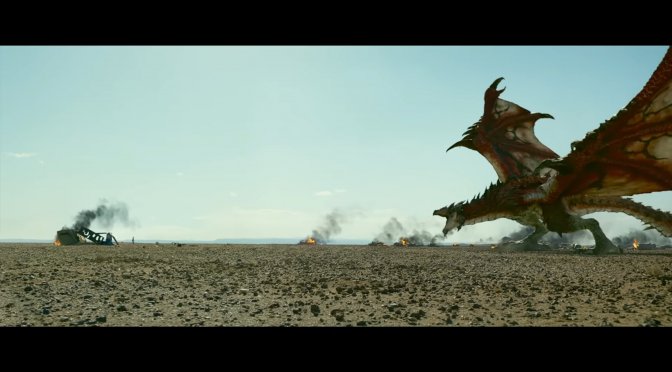 Sony Pictures Entertainment has shared a new comparison video between Monster Hunter World and the official Monster Hunter movie. In this video, Paul W.S. Anderson showcases some of the monsters that will appear in the movie.

To be honest, I’m kind of optimistic about this movie. Sure thing, the Resident Evil movies were not that faithful to the games, but they were at least cool. I mean, they are nowhere close to the abominations of Uwe Boll’s Bloodrayne and Far Cry.

Here is the official description for the Monster Hunter movie.

“When an unexpected sandstorm transports Captain Artemis (Milla Jovovich) and her unit (TI Harris, Meagan Good, Diego Boneta) to a new world. This hostile and unknown environment is home to enormous and terrifying monsters immune to their firepower. In their desperate battle for survival, the unit encounters the mysterious Hunter (Tony Jaa). Hunter’s unique skills allow him to stay one step ahead of the powerful creatures. As Artemis and Hunter slowly build trust, she discovers that he is part of a team led by the Admiral (Ron Perlman). Thus, the brave warriors combine their unique abilities to band together for the ultimate showdown.”

Now while the story of the Monster Hunter movie may not be close to the one for the games, we can safely say that the monsters will look great. So yeah, at least that’s something, right?

Monster Hunter will air in theaters this December.