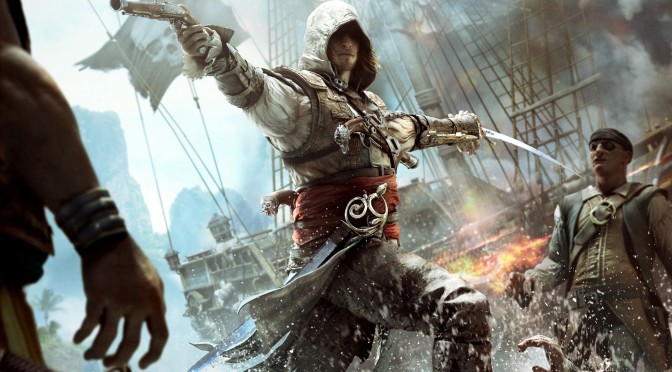 Digital Dreams has shared two cool videos, showing some Reshade Ray Tracing effects in Gothic Remake and Assassin’s Creed Black Flag. These videos showcase the graphical benefits of this experimental Reshade Ray Tracing mod, and we are pretty sure that some of you will be interested in them.

While THQ Nordic’s remake teaser of the first Gothic is not up to what its fans were expecting, we can easily notice the visual improvements that this mod brings to the table. Gothic Remake uses Unreal Engine 4. Now while Epic’s engine has native support for Ray Tracing, THQ Nordic did not use these effects. Thankfully, PC gamers can emulate some of them via the Reshade Ray Tracing mod.

In the following video, you can easily notice the light bounce that the Reshade Ray Tracing mod introduces. You can also notice the improved Global Illumination and Ambient Occlusion effects.

Similarly to Gothic Remake, there are also noticeable changes in Assassin’s Creed Black Flag. Black Flag is basically a previous-gen title, and its lighting system looks really dated. Thankfully, the Reshade Ray Tracing mod can overhaul it. As such, PC gamers can enjoy a “remastered” version of it for free.

Now as we’ve already said, this Ray Tracing mod comes with a big performance hit. Not only that, but this mod is still in a beta stage. As such, a lot of players won’t be able to enjoy these games at playable framerates. Still, it gives us something to look forward, especially when NVIDIA’s next-gen GPUs come out. After all, we’re talking about free graphical/visual improvements.