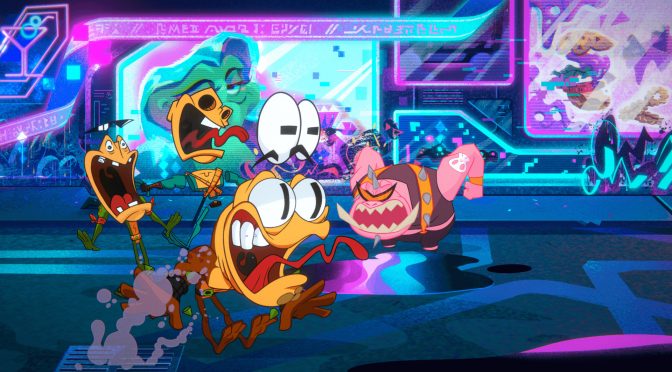 Microsoft and Rare have released a new video for Battletoads, showcasing 25 minutes of gameplay footage from it. In this video, Dlala Studios and Rare brawl, bike and blast through some choice cuts of the multi-genre adventure on Toad difficulty.

In Battletoads, Rash, Zitz and Pimple return to smash-hit their way through an all-new action-packed adventure. The game will support solo and co-op modes with up to 3 players. The game will also have a unique hand-animated cartoon style, and will have memorable characters and locations.

Now I know that some Battletoads fans may not find this new art style appealing. However, this new Battletoads game feels just like Streets of Rage 4. From what I can see, every Toad has his own moves and abilities. Moreover, the game’s hit detection appears to be solid.

Battletoads releases on August 20th and you can also find here its official PC system requirements.