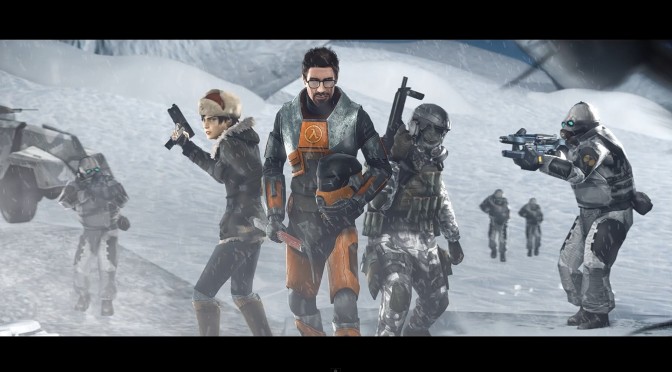 We all know that Half Life 3 won’t be announced anytime soon. Despite that, fans seem desperate about it. YouTube’s member ‘Deviant Pictures Films’ has created a fan-made cinematic trailer for Half Life 3 via Source Filmmaker, in which Gordon and Alyx are looking for shelter from a snowstorm. It looks cool, so make sure to give it a go!