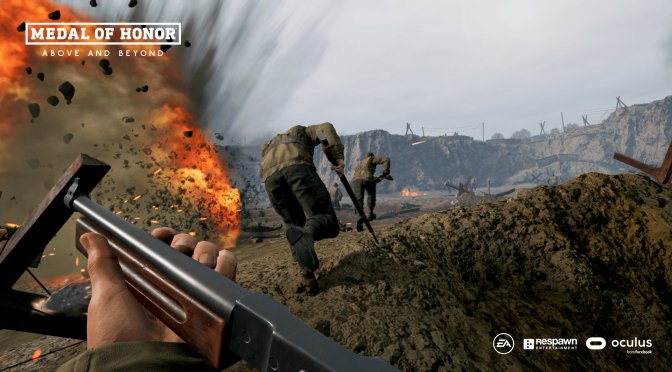 Medal of Honor: Above and Beyond is an action-packed, immersive VR experience set in World War II. Players will step into the boots of an agent of the Office of Strategic Services (OSS) in war-torn Europe.

The game promises to feature a deep single-player campaign that will take players through historic events on land, air, and sea. Players will be able to sabotage Nazi bases, subvert enemy plans, aid the French Resistance, and much, much more.

Furthermore, the camera never leaves your eyes in this new VR game. According to the developers, everything is shot around the perspective of the character.

Medal of Honor: Above and Beyond | Story Trailer | Oculus Rift Platform