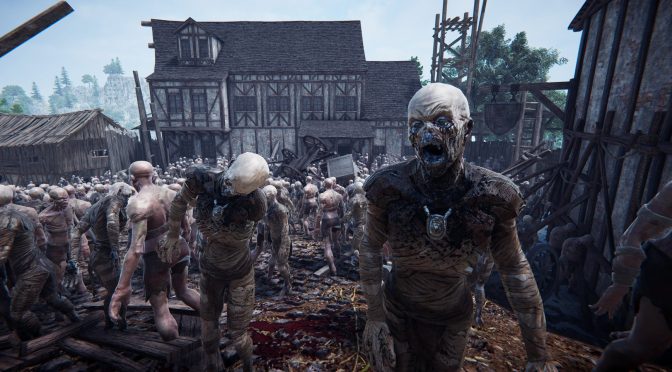 The Black Masses is set in a massive medieval fantasy setting on a 16 sq-km island. Players will fight off tens of thousands of demon possessed souls while trying to solve the mysteries of what started the satanic uprising. Players will traverse any obstacle with the game’s own climbing/parkour system.