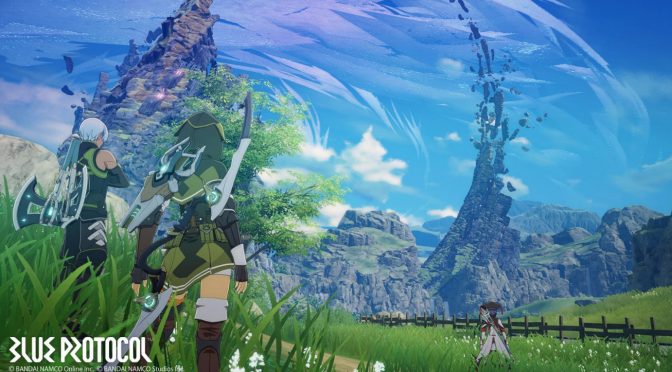 The closed alpha phase for Blue Protocol is currently under way and the first gameplay videos for it have surfaced online. Below you can find five videos, showing 60 minutes – in total – of gameplay footage from the game’s alpha build.

Blue Protocol is an upcoming action RPG for PC that will be powered by Unreal Engine 4. What we know for now is that the game will be released in the East, and there is currently no word on whether it will come to the West.

Blue Protocol will feature a third-person perspective and anime-like visuals. It will also feature real-time combat mechanics and it looks quite cool to be honest.

I really don’t know whether its storyline will be worth it or whether it will turn into a looter game similar to The Division or Borderlands. Still, and if the game offers interesting loot, lots of enemies, great controls and avoids implementing any pay-to-win mechanics, this could turn into a sleeper hit.

As said, we don’t know whether Blue Protocol will be coming to the West, so here is hoping that Bandai Namco will reveal more official details about it in the coming months.

For the time being, enjoy the following gameplay videos and stay tuned for more!