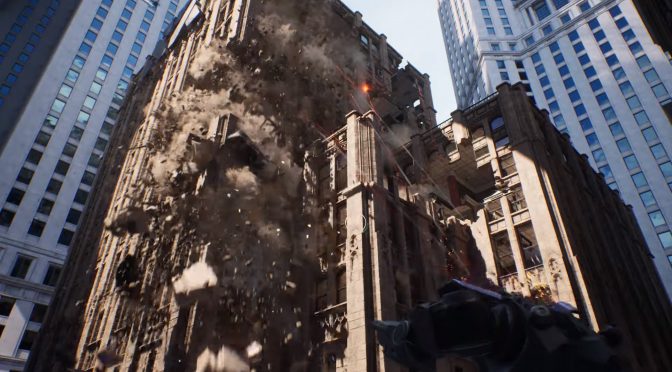 The real-time tech demo is set within the world of Robo Recall and with Chaos, users can achieve cinematic-quality visuals in real time in scenes with massive-scale levels of destruction, with unprecedented artist control over content creation.

To be honest, the start of this tech demo reminded me the lobby scene in The Matrix (so I guess that’s a good thing). Still, the building destruction towards the end of the video gave me a really next-gen feeling so I guess these new systems will be only used for next-gen titles. I mean, Xbox One X is unable to offer such destruction even with the power of the cloud as we saw in Crackdown 3.

Anyway, this demo looks really incredible so go ahead and take a look!