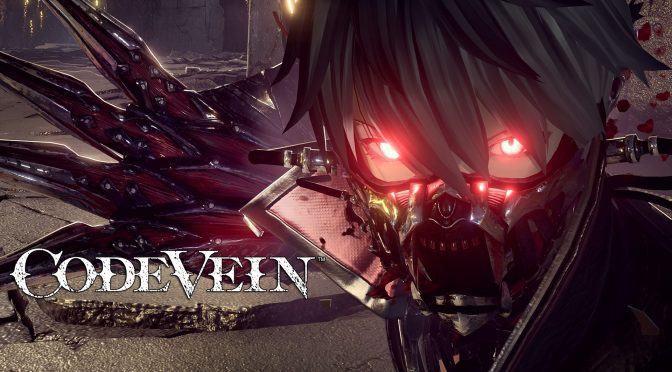 Bandai Namco has recently released a new trailer featuring a boss called “Invading Executioner“. Code Vein is a Dark Souls inspired game with many similarities and many differences, and one major difference is the existence of NPC companions. Just as we saw in Ashen, you can have a companion of your choosing to follow in your grand adventure.

As I have said before, I like Dark Souls but it is far from my favorite series. Code Vein looks decent enough but nothing extraordinary. I like the art style even if I don’t watch or read anime.

What I really like is the music – which is excellent in Dark Souls – and in this game it has a lighter tone that I really like, especially since I am pretty sure Code Vein will not be a walk in the park (just like Dark Souls). Of course I highly doubt it will be more difficult than Dark Souls but I guess we’ll find out soon enough.

Now I don’t know about you guys, but I usually avoid watching videos showing bosses, as it’s always exciting the first time you face them in game. Of course after your initial encounter you will keep seeing the same boss again… and again… and again. After all, dying is an absolute certainty in these type of games.

Code Vein is scheduled to be released on September 27th.