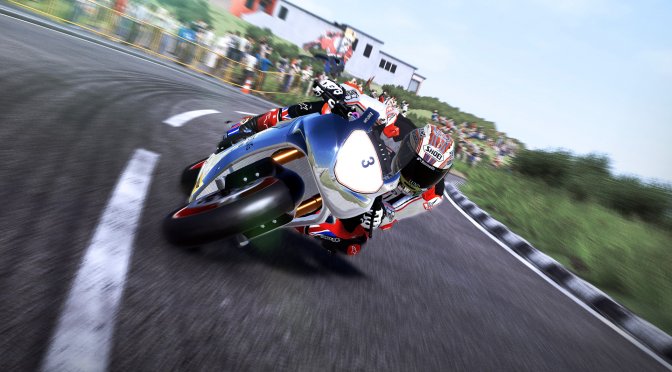 NACON and KT Racing have released two new videos for TT Isle of Man – Ride on the Edge 2. Featuring a fictitious motorcycle racer called James Wilson, the videos take us through his preparation for the Isle of Man Tourist Trophy.

For this new edition of the game, the teams at KT Racing have created the perfect playground, a biker’s paradise. Accessible from the Career and Free Roam modes, this open area is a place for riders to train. Moreover, they can test their bike set-ups and push their skills to the limit on fast corners, tight bends and long straights where you can exceed speeds of 186 mph (300 km/h). Furthermore, riders can tackle various challenges in different parts of the area, such as pursuits and time attacks.

In Career mode, players can live their motorcycling dream: win the Isle of Man Tourist Trophy. After proving themselves on one of 18 tracks, amateur riders can sign with a team. They can then obtain new bikes and enter a variety of championships. Throughout the seasons, they need to manage their finances and reputation. They will also have to plan their calendar and change teams to ride with different Superbike and Supersport bikes. By completing objectives set by these teams, players will win special rewards that will help them progress to the next level. Once their bike is optimized and their riding skills honed, they will get the chance to land the ultimate prize: winning the Senior TT.

TT Isle of Man – Ride on the Edge 2 will be available March 19th.