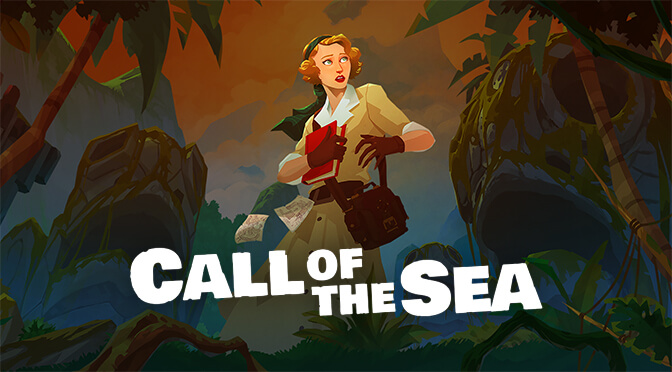 Call of the Sea is a first-person adventure puzzle game, set in the 1930s, developed by Out of the Blue Games, and published by Raw Fury. The studio is based in Madrid, and this is their very first game.

This is the story of Norah, who is on the trail of her missing beloved’s expedition. The game takes place on a strange but also beautiful island. The island is filled with mysteries and secrets. Players will have the chance to explore this gorgeous island and uncover its secrets.

Cissy Jones, who you might know from Firewatch and The Walking Dead, will be voicing the main protagonist.  The game promises an immersive story-driven adventure full of suspense and surreal surprises.

Call of the Sea is heavily influenced by H. P. Lovecraft’s tales. Though, the game is a twist on the traditional work of the famous writer. The studio is trying to focus on the surreal and the oneiric, instead of the horrific and the grim. This is probably going to be a more light-hearted game, compared to other H. P. Lovecraft inspired games such as Call of Cthulhu.

You can watch the Call of the Sea gameplay overview below.