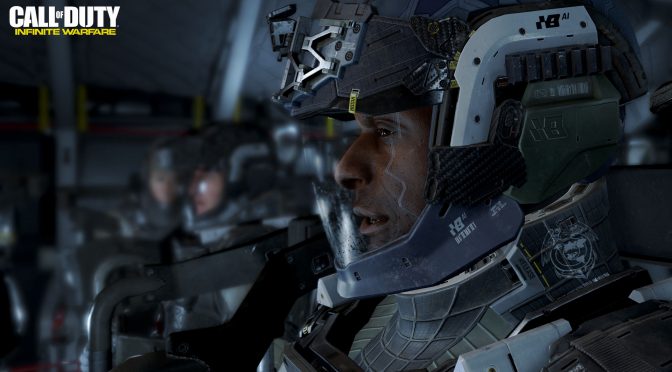 Activision has released a new gameplay video from the campaign mode of Call of Duty: Infinite Warfare. This new video showcases the “Black Sky” mission, during which the Settlement Defense Front attacks UNSA forces in Geneva without warning during Fleet Week. Enjoy!