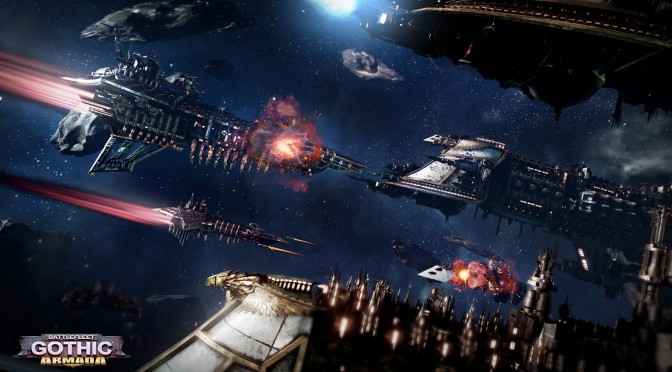 Focus Home Interactive has released a new trailer for Battlefleet Gothic: Armada, showcasing the Chaos fleet. Developed on Unreal Engine 4 and planned for an early 2016 release, Battlefleet Gothic: Armada is an RTS in which the player takes command of one of these battlefleets composed of the most powerful spaceships from the Imperial, Chaos, Eldar and Ork forces, in a no-quarter given struggle for the control of the Gothic sector of space. Enjoy!