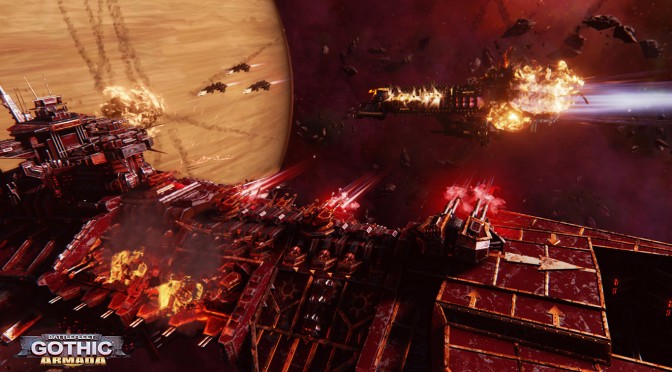 Focus Home Interactive has released a new trailer for Battlefleet Gothic: Armada. This trailer is composed from some of the game’s cinematics, and introduces the ambitious solo campaign which will plunge players into the heart of the spectacular void battles of the 12th Black Crusade of Abaddon. Battlefleet Gothic: Armada is planned for a March release on Steam. Enjoy!