PSX 2015 faded to black two days ago, but I’m still blinded by that first, epic and utterly astonishing 10 minutes. Uncharted 4 Trailer and then Final Fantasy 7 Remake hitting my heart and soul with a new Trailer that included Gameplay segments? That was quite the shock I had to absorb! It’s true that almost no one on his right mind would expect a Gameplay segment so soon, especially after our first info for the existence of the game, came only 6 months ago! We have to give credits to Square-Enix for the dedication that is showing to their new videogame.

And what a videogame it seems to be! The initial chatter and excitement about it being a turn-based RPG was apparently just a fool’s dream. This is 2015 after all, and it’s almost impossible to expect that a gigantic brand like Final Fantasy would return to its ancient roots, even if we’re talking about the Remake of a classic. I’m not saying that I didn’t like the Turn-Based Combat because I really did, but with new influences and Movie Legacies like the Advent Children, it was evident that we are heading into a new more adventurous and flashy direction. 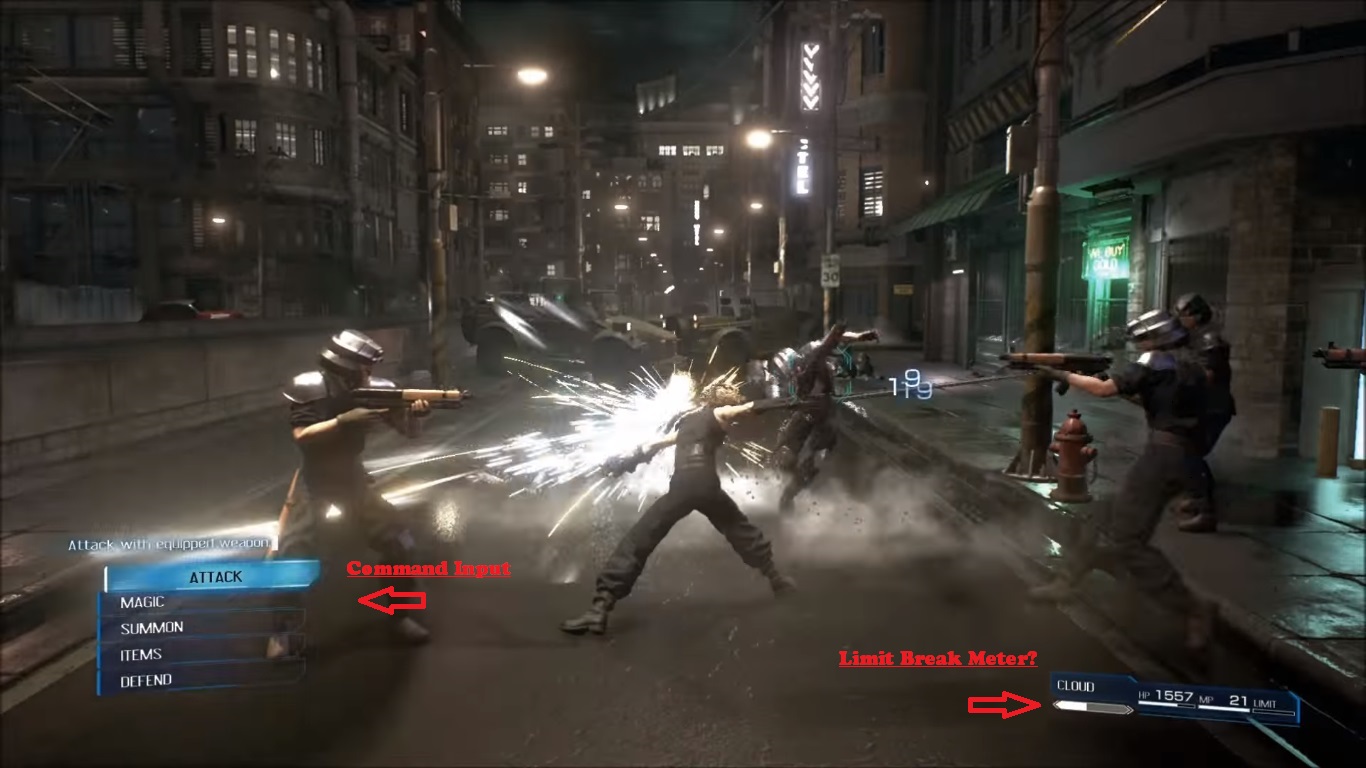 This new direction(and I will go on a limb here), probably will be a mix of some very fundamental Input Commands with really fast-paced and fluid Action combat. In the Gameplay Trailer we can clearly see Cloud hacking and slashing through enemies, but at the same time there are many bars, command boxes and possibly Limit-Break meters that scream ‘’Strategic’’ from miles away! Based on the very little information that we have until now, I see a future where Square-Enix capitalizes the inevitable success of FF7 Remake with some really deep gameplay mechanic like an Action-Based/Command System, that will transfer to other RPGs. It’s really nice to have hack and slash Action games, but millions of gamers crave something different, a new rebranded way of playing that will give them more options, more strategies, but at the same time they will be able to feel their power and cut through enemies with their sword in seconds!

That amazing combo of combat freedom combined with fascinating graphics about an iconic world that many of us loved, has the potential to create an entire new culture of videogames. Square-Enix lost almost an entire decade of expansion in the PS3 generation because of wrong choices and really bad decisions, but know they seem to be in the right place. They ditched the painful Luminous Engine and they are making rapid progress with all of their new upcoming hot titles. If things don’t go horribly wrong, I feel that we will have in our hands an entirely new kind of Monster that hears to the name Final Fantasy 7 Remake. If I could only Imagine what will follow after that!

Final Fantasy VII Remake will be told across a multi-part series, with each entry providing its own unique experience, Square Enix has announced. In other words, the game will be released in episodes, or at least that’s what Square Enix implied. Not only that, but the latest reports suggest that there will be some stuff that will be cut from the. Still, Square Enix promised that there will also be lots of new stuff added to it.