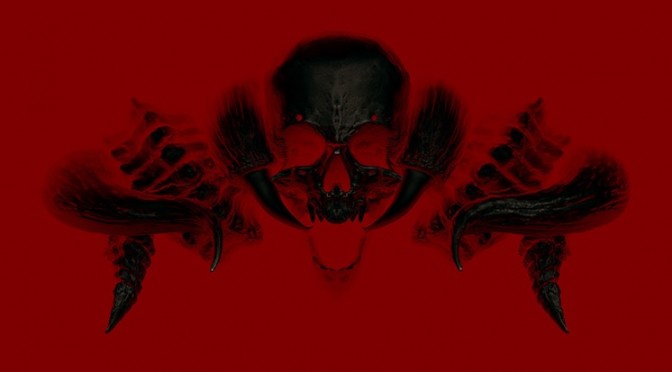 Available on Microsoft Windows, Devil Daggers is the self published hellish debut of the Australian based indie team Sorath. Mixing the old school twitch shooting mechanics and a arcade style arena, Devil Daggers is a deceptive simplistic shooter that keeps you on your toes with relentless difficulty. The atmosphere is hellish, the difficulty is satanic, playing it automatically makes you a sadomasochist.
In other words: fun for the whole family! 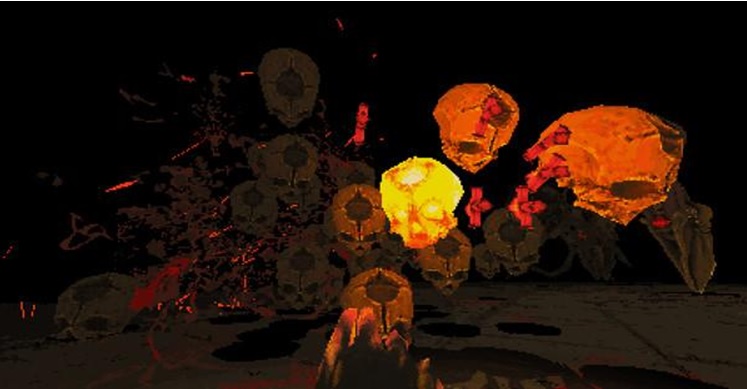 Devil Daggers is a arcade arena shooter at heart, thrown in a Geometry Wars survival fashion. For those expecting those old maze level design, bosses, key hunting and that sort of thing reminiscent of our beloved 90’s shooters, be aware, this isn’t the game. The only thing approaching this game to the oldies is purely the shooting. At first, the simpliticity of the mechanics and the difficulty may put you off, being part of those “easy to learn, hard to master” games (emphasis on the hard part) it also can feel repetitive if you aren’t on the right mindset for this game as your only incentive to play is to get better and beat the high score against the global leaderboards and/or against your friends (which includes a very neat replay feature, so you can view every player high score footage in game). Here the “score” is based on seconds alive, that feels like hours when you are twitching you mouse and sweating like crazy only to realize that you’ve made to the 30 seconds mark…congratulations.

More than anything, Devil Daggers is a game for you to be hypnotized, being involved in a trance-like state where only your reflexes matter gathering gems and powering up your habilities to shoot projectiles as you are being swarmed by the legions of eldritch hellish spawns that will make you want to bang your head agains your monitor laughing like a bloody maniac. 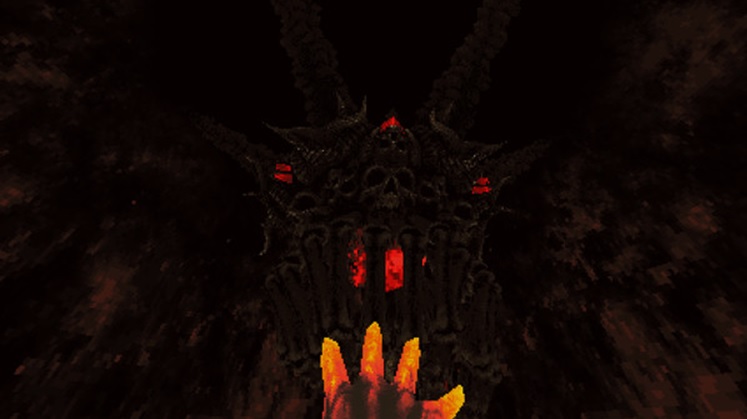 The graphics of Devil Daggers are another thing in common with the old 90’s games. Rarely you will see going for that highly polygonal and full of jittering look that makes those old games age poorly, however in this case, the guys at the Shorat studios are to be commended. Not only the hand crafted visuals manage to perfectly evoke nostalgia, it also contributes to the excelent dark and eerie atmosphere of the game. From the simple enemies to the more giant ones, you can clearly see the passion but into crafting those demonic creatures. Of course, with a little bit of modern touch on the animations and in the physics side, which are also really well done.

Sound design also plays a big role in the game, by making use of positional audio, the developers crafted the enemies to have very distinct sounds, so you can be aware of your surroundings based on that. So a decent to good sound set up comes up as a huge deal while you are wanting to bite your fingers off during gameplay. Make no mistake, the sound desing can only do so much, YOU WILL DIE.

On the technical side, things can feel a little bit too simple though. With only a few mouse and keyboard adjustements, and the volume slider, players hoping for resolution change, FOV and what else may feel a little disappointed. The game is perfectly fine as it is, but as always, options are always welcome.

I guess that’s all I have to say about Devil Daggers. While punishing and occasionaly frustrating, it also provides non stop action that keeps it exciting. The leaderboards keeps the players wanting for more, that one run that “can make it or break it”. The simplisitc and bare bones (hehehe) nature of the game, only adds to the extreme focused gameplay the guys at Shorat crafted. Hell has never been so perfect. 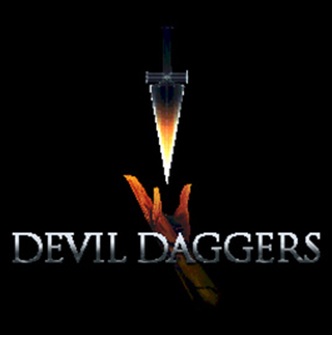 Recommended if: You like non stop action and fast gameplay, worship the devil and occasionaly is out of your mind;

Not recommended if: You like to take your time and play safe, don’t worry, mommy’s here nobody is going to hurt you;

Game available on Steam, at a $5 price tag, or your local equivalent. Go give it a try you cheap bastard.