These are unlocked drivers, which basically means user of OEM systems can easily install these new set of drivers, without needing the approval and testing of the drivers by the Manufacturer. Users of notebooks and pre-built desktops can now download this latest driver from INTEL’s website.

In case you weren’t aware, several OEMs employ driver LOCKS on systems that prevent updates to the generic INTEL drivers. Previously, users couldn’t update to the latest version of Intel drivers, and they had to rely on the OEM to list an updated and compatible driver on its official support Page.  OEMs usually lock you behind some approved drivers.

Users were greeted by the following error, if they tried to install the generic INTEL drivers on their systems before this new update, “The driver being installed is not validated for this computer. Setup will exit.” But now with the latest driver version 26.20.100.8141, users won’t be facing any such issues.

These Intel 26.20.100.8141 drivers are marked as “unlocked,” meaning that you can now install it even on laptops and pre-built systems/desktops which haven’t been validated on.

As spotted by GHacks.net, this latest driver comes as an “Unlocked Driver”, allowing installation on any system with a 6th-generation CPU or higher. This driver packs optimization for the latest games, and does not remove any OEM-specific features (e.g. switching between iGPU and dGPU, power-management mode etc).  Some OEMs usually tend to abandon issuing graphics driver updates specific for their laptop model/SKU, beyond a certain support date.

In some other news, Intel & Microsoft have collaborated to optimize Coalition’s latest game, Gears Tactics, for the PC, and they are also offering support for the upcoming XE GPUs as well. This DCH driver also comes with stability fixes for DOOM: Eternal, The Surge 2, Black Desert Online, Tom Clancy’s Rainbow Six Siege, so this makes this driver release very important for gamers who need to be updated to the latest version, since they are looking for more performance from latest games.

These drivers will still preserve original OEM settings, like custom power plans, giving end users the best of both worlds.

Unlocked drivers: We heard how much our users want the freedom to upgrade their systems to our regularly released generic graphics drivers and enable our latest game enhancements, feature updates, and fixes. As of this release, Intel Graphics DCH drivers are now unlocked to upgrade freely between Computer Manufacturer (OEM) drivers and the Intel generic graphics drivers on Download Center. Simply use the exe and enjoy the update on your 6th Generation Intel Processor platform or higher, and don’t worry about your OEM customizations–they remain intact with each upgrade and the OEMs can maintain customizations separately via Microsoft* Windows Update. Intel Drivers and Support Assistant drivers will also be unlocked starting April 28th, 2020.

This is a DCH driver. 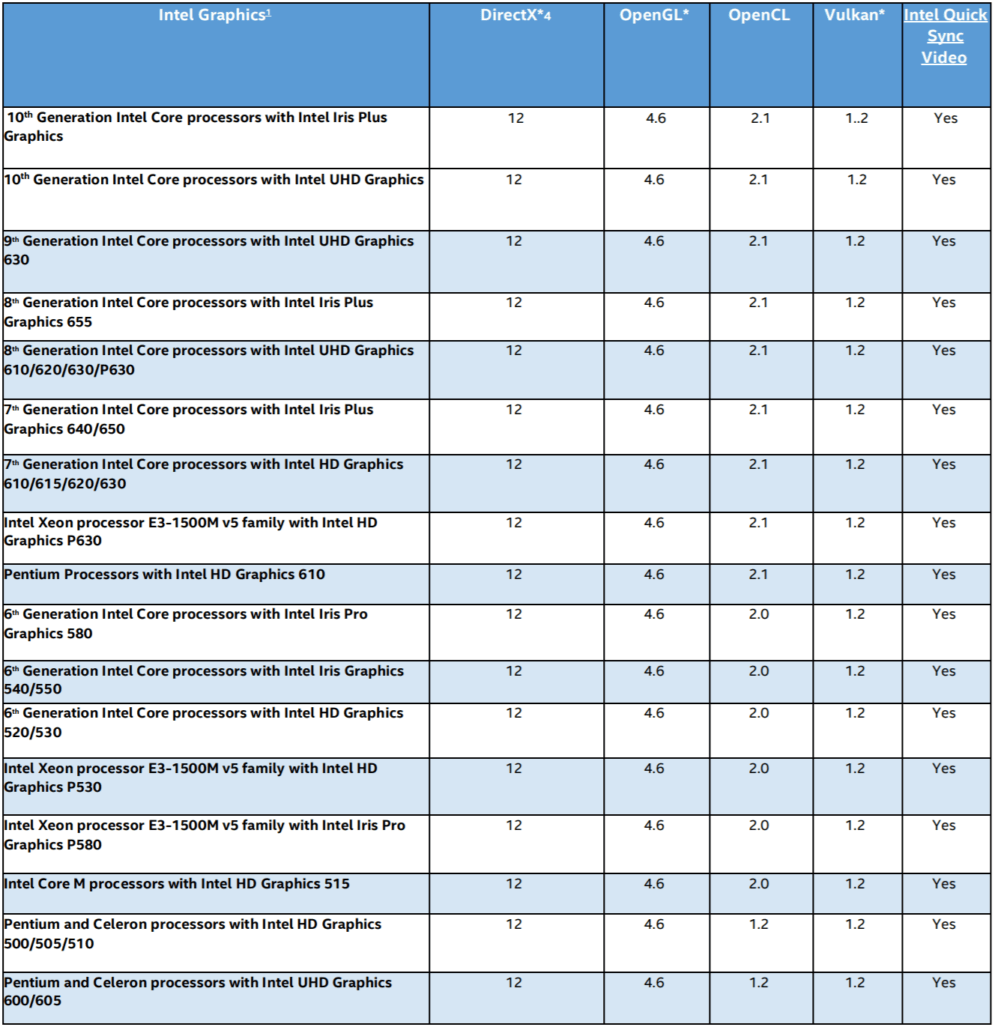