It appears that according to HXL, AMD is rumored to be prepping two new “desktop” CPUs in the Ryzen 3000 ‘Matisse’ family lineup, the Ryzen 7 3850X & the Ryzen 7 3750X respectively.  AMD plans to  “refresh” the Ryzen 3000 lineup with new SKUs, as this rumor claims. The leaker today published the names of these new SKUs.

Two processors are in the works and they seem to be part of the “Matisse Refresh” family. They will feature the slightly tuned/enhanced “7nm Zen 2” CPU architecture. Two desktop SKUs, the Ryzen 7 3850X and Ryzen 7 3750X are rumored to be in the works.

The dates mentioned in the “Twitter” link refers to the “launch” as well as the availability of the B550 Motherboards, as posted by one ASUS executive, so it’s possible that the ‘Matisse Refresh’ processors could also launch at the same time.

Assuming that the AMD Ryzen 7 3750X and Ryzen 7 3850X processors are real, they would be replacing the Ryzen 7 3700X and Ryzen 7 3800X respectively, having the same 8 cores/16 threads configuration but with a slightly higher clock speed.

Gigabyte recently mentioned “Matisse Refresh” name in one of their B550 presentation slides. Their roadmap also shows “Vermeer”, “Matisse & Refresh” and the “Renoir” APUs as well.

A microarchitecture “refresh” doesn’t necessarily always mean a “hardware level” change to the processor design, core-counts, or even the architecture though, but could also mean a new replacement SKU.  AMD might “phase-out” some of their current 3000 series SKUs.  AMD’s existing processors will also get a huge drop in prices prior to the release of the Ryzen 4000 ZEN 3 “Vermeer” desktop processors. 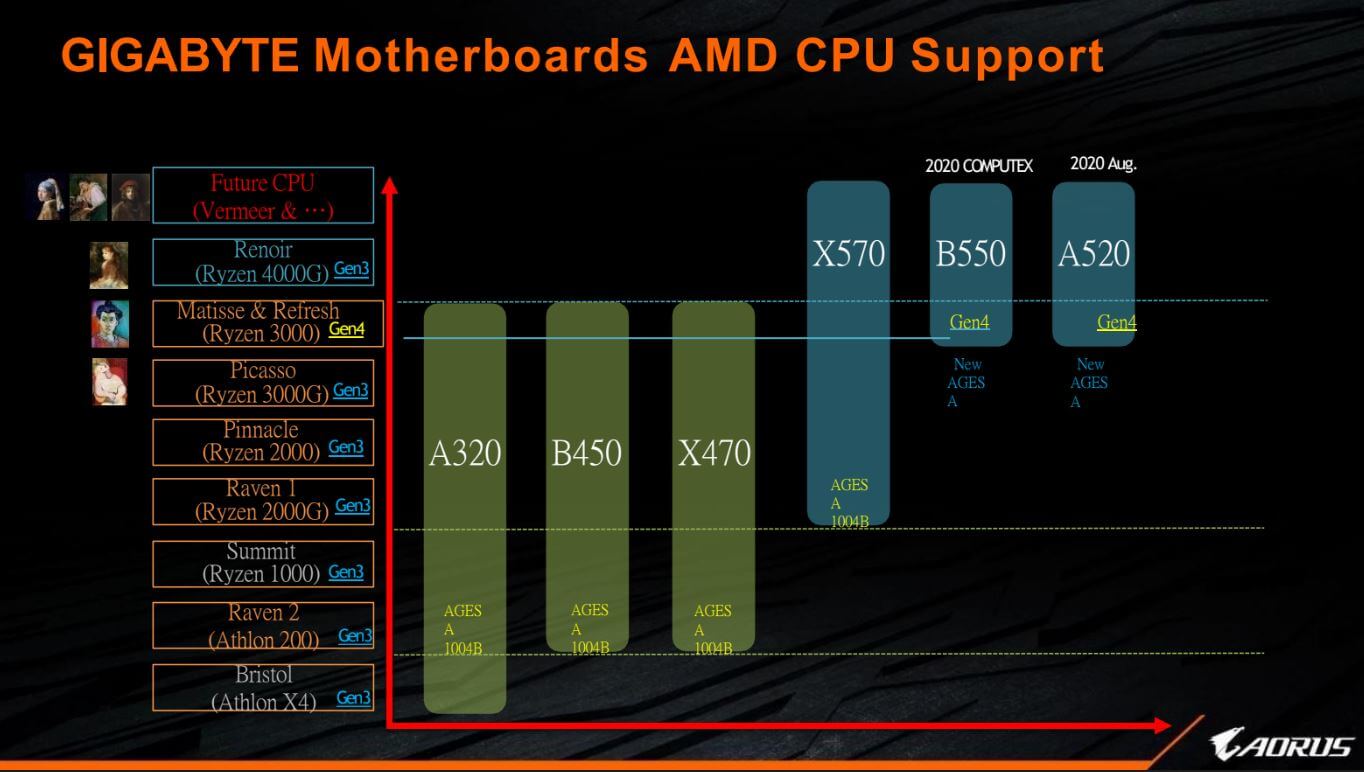