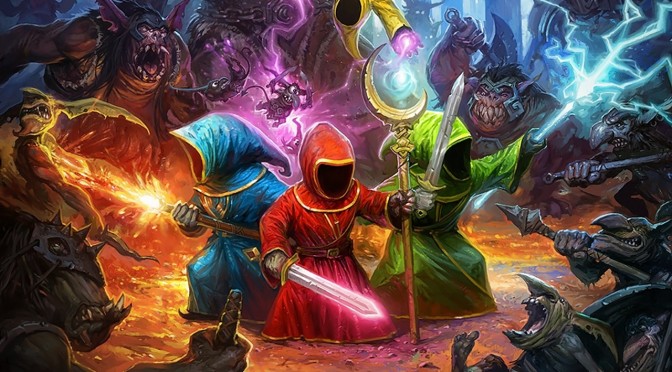 Paradox Interactive today published a completely fair-use trailer for Magicka 2, the forthcoming magick-mixing game for PC. The trailer, containing all-new gameplay and allegedly new ideas, celebrates the upcoming launch of Magicka 2, which will arrive on PC on May 26th. The game can be pre-ordered on PC beginning today. Magicka 2 will be available for $14.99.  END_OF_DOCUMENT_TOKEN_TO_BE_REPLACED

Paradox Interactive today announced that Magicka 2, sequel to the best-selling, award-deserving game Magicka, will be released on PC and PS4. Magicka 2 will bring the iconic spellcasting system, irreverent humor, and relationship-testing friendly fire into an all-new adventure with up to 4-player co-op. Featuring a story-driven campaign mode, new co-op gameplay features, and plenty of surprises, Magicka 2 will have players casting and blasting together on computers and consoles alike. END_OF_DOCUMENT_TOKEN_TO_BE_REPLACED