Hard Reset’s preview code was great, that is something we have to admit. However, there was a big concern while playing it; could a company announce and release so quickly a highly polished game? Apparently not as Hard Reset is plagued by two major issues that have a negative impact to the whole gaming experience. It ends before it even starts and there is a limited type of enemies.

Players take the role of Major Fletcher, a one-army man who fights against the machines that have overtaken the world (kind of like in Matrix). Fletcher is sent to investigate an incident, and before you know it you’re on the pursuit of a professor who seems to be behind this whole mess. When you finally find him, he dies, you are getting upset, you implant his AI to yourself and the game goes downhill from that point. And then, out of nowhere, comes the ending credits. We were honestly shocked with the game’s ending as it doesn’t answer any questions at all. It’s like watching a TV-series (like the fifth season of Supernatural) that ends without the final two episodes. It’s really unforgivable… or how Duke says: Fail to the king, baby. 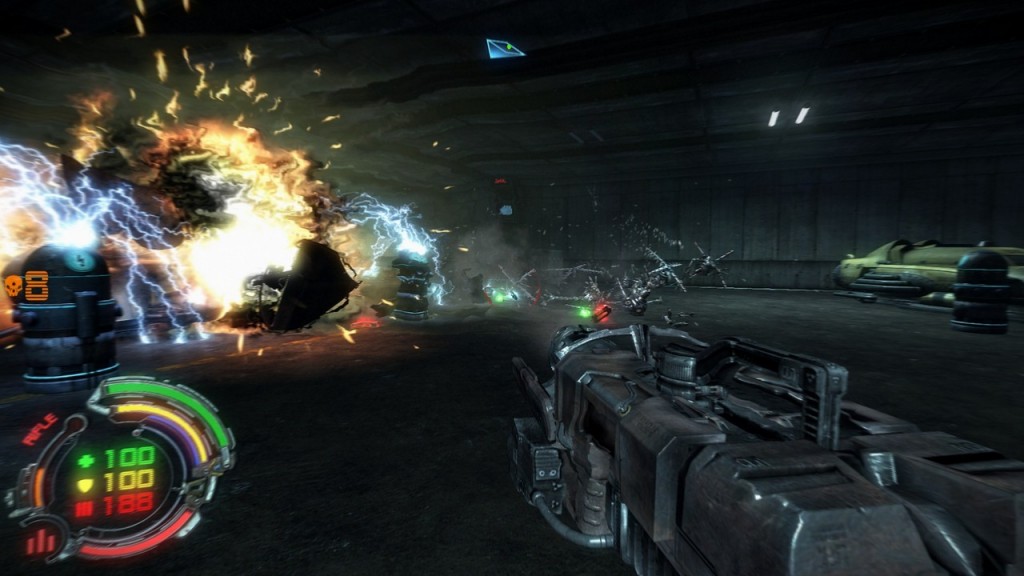 We’ve already analyzed the game’s engine in our Performance Analysis but let us tell you for one more time that it is simply amazing. Interactivity and destructibility are of high quality and can rival the ones found in pretty much every PhysX title. High-resolution textures, spectacular lighting effects, gorgeous post-process effects and low requirements – for what it is offering – are some of Hard Reset’s most obvious key features. Great news for all quadcore users, by the way, as the game takes full advantage of them. It’s pretty obvious from the following screenshots that the game is based on Blade Runner, which is a good thing as it distinguishes itself from all other FPS games out there. And although the game’s levels are beautiful, there are some ‘invisible walls’ here and there.

Moving on to the gameplay, things are quite simple. Hard Reset is an old-school title where hordes of enemies are coming to you from all directions. Your job is simple: shoot everything that is in sight. This is great as it’s been a while, since we played a game like that, but there are limited types of enemies.

And that’s precisely oue second biggest gripe with Hard Reset. There are most probably around 4-5 types of enemies in the whole game. Sure, there are some variations of those types – some humanoid robots are shooting rockets while others are shooting energy shots – but this is a minor detail that can’t provide any noteworthy variety. We were kind of wondering when we’d meet a new enemy type, and the answer came shortly: we didn’t as the game ended around that time. 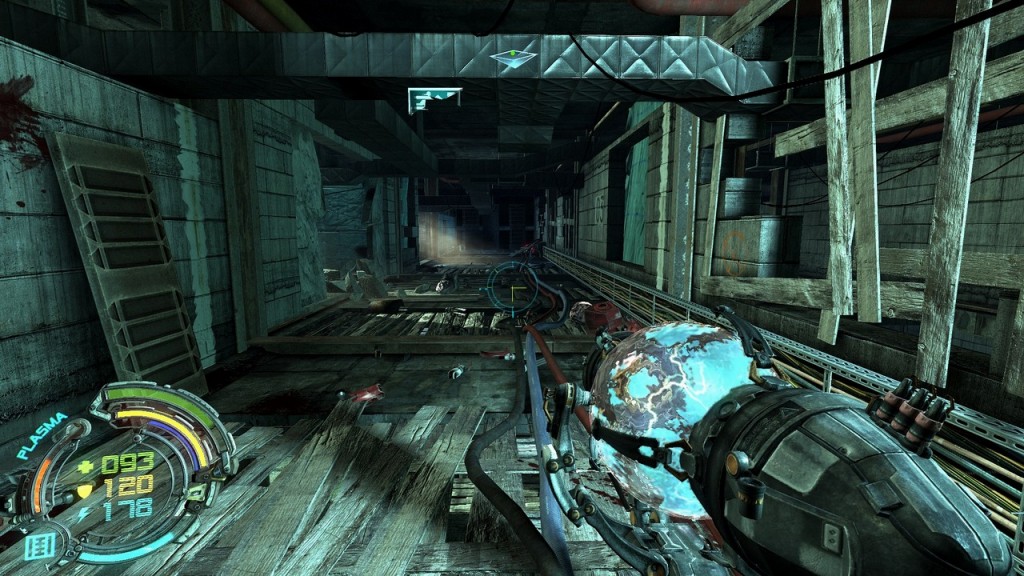 And although we don’t have a great variety on enemy types, the weaponry is amazing, unique and almost saves the game at the end of the day. When you start a new campaign, you only have access to two weapons; a classic one and a futuristic. Contrary to other games, Hard Reset offers an upgrade weapon system, in which you can upgrade these two guns and transform them to lots of other types of weapons. This weapon system – as well as the game’s character upgrade system – is deep for a fast-paced shooter and adds some extra points to it. As a result of that, you will be experimenting with various ways of destroying your enemies that result in varied and fun fire-fights.

There is also an experience system with which you can obtain points to upgrade your weapons and your abilities/armor. Various items – and some secret ones – are scattered across the stages and offer valuable experience points. You can also gain points by destroying your enemies; the funkier and more destructive the way you destroy them, the more points you gain.

Everything sounds great, right? Well, they would be if the game lasted longer – so we could actually enjoy them, especially if we consider how fun those weapons are and the fact that we wanted to unlock pretty much everything. However, we couldn’t as the game ended when we had only unlocked around 3/4 of the weapons and Fletcher’s abilities. Sure we could restart it and choose a different path, but this is no Deus Ex: Human Revolution. There shouldn’t be such a restriction… although it’s basically not a restriction but a result of the game’s short length. Imagine if Serious Sam 3 offered you only 4-5 weapons to carry. Oh yeah, that would suck, right? Well, it sucks and in Hard Reset if you focus and spend your experience points primarily on Fletcher’s abilities. 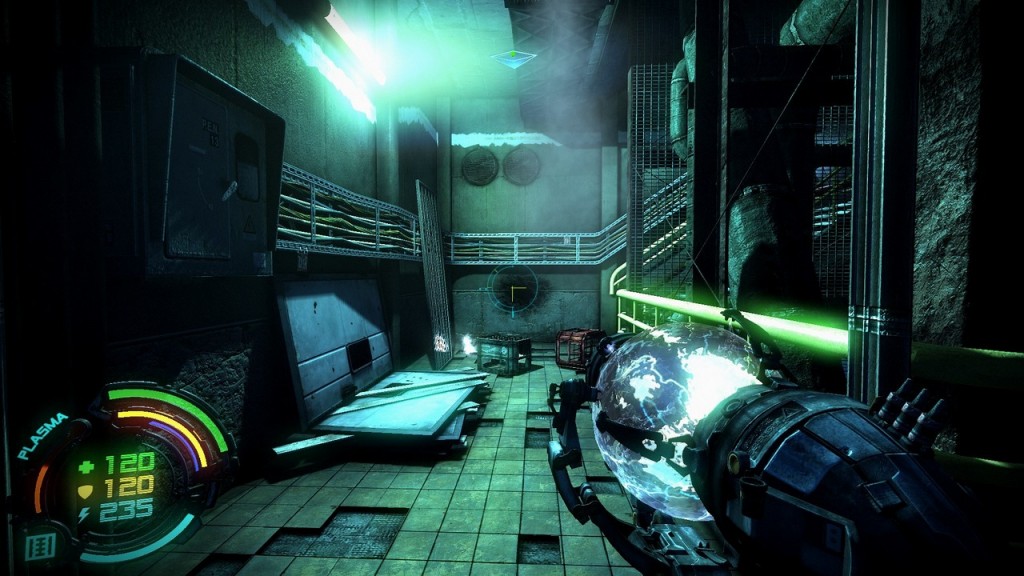 All in all, Hard Reset is fun while it lasts. Unfortunately, though, it feels like Flying Wild Hog have run out of time and decided to end the game with that awful ending. Seriously now… the ending and its short length literally destroy an amazing game. If only it had more varied enemies and lasted longer. Now that would have a huge impact, and we’d be talking about an incredible indie FPS title. If the game lasted longer, we would unlock more weapons, we would enjoy the fights even more, we’d try further experimentations with the weapons, and the story would actually come to an end. It saddens us that Hard Reset is plagued by such a thing, because it really is a fun game. So go ahead and get it if you are fans of old-school FPS games, or if you find it on a sale. And let’s just hope that Flying Wild Hog won’t screw things up next time around!

-Ending
-Limited types of enemies
-Invisible walls here and there 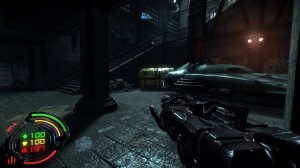 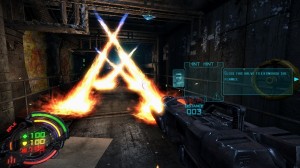 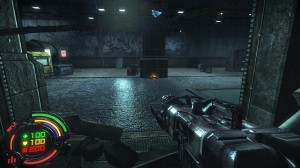 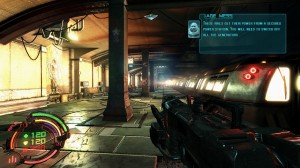 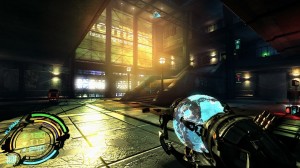 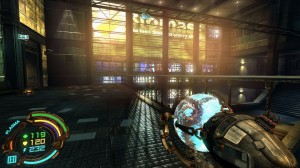 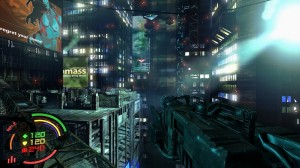 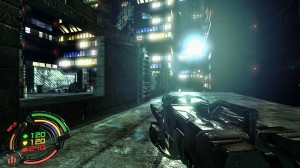