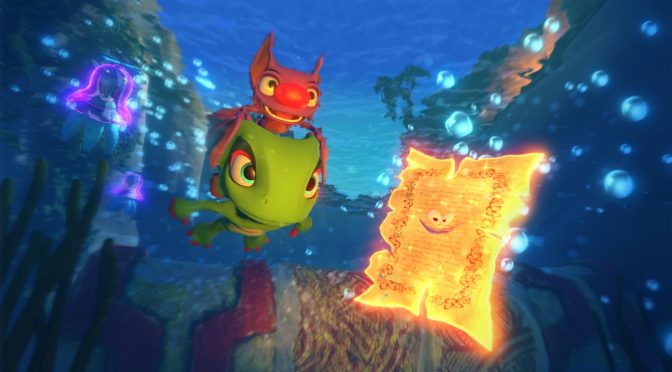 For those of you reading that have been around for awhile, you know that it is no secret how big a fan I am of the Banjo Kazooie series and of just about all Nintendo 64 era Rare titles. What does this have to do with Yooka-Laylee you ask? Well Playtonic Games the studio behind Yooka-Laylee is composed of some of the original members of Rare with some newer cast joining as well.

Not unlike the relationship between Infinity Ward and Respawn Entertainment, the group that brought us Titanfall.  This means that while Playtonic Games is a new studio, there are some higher expectations due to the members’ track records. Now, with introductions out of the way, lets get into the meat and potatoes of it.

Yooka-Laylee is a throwback to a more nostalgic era of games where 3D-Platformers were king. Yooka-Laylee doesn’t try to hide that it has clearly been influenced by Banjo Kazooie/Tooie, in fact it is so similar if it had not been developed by some of the founding members of Rare I would say it is a total rip off. For many of you this could be good news or it could be bad news, because if you were looking for a totally unique experience then you are out of luck, but if you were looking for a game that would take you back to when you were just a bit younger then this is the game for you.

Yooka-Laylee is so aptly named after the heroic stars of the game. Who find them thrust into a new adventure by the greedy Capital B who is stealing all of the worlds books including the old book that came with Yooka and Laylee’s new home. (This is where the collect-a-thon come in.) In an attempt to keep Capital B from getting his hands on the book the Pagies scattered themselves across the world. It is now Yooka and Laylee’s jobs to find all the missing Pagies and take down Capital B once and for all.

Yooka-Laylee’s story is a classic good triumphing over evil story the only thing missing is a distressed companion that needs to be rescued. While this is a pretty common theme for platformers Yooka-Laylee’s oddball cast keeps things interesting and fresh. While a great story isn’t exactly what we strive for in a good platformer Yooka-Laylee does a fine job at delivering.

Much like the game that Yooka-Laylee draws inspiration from it is full of cheeky jokes and less than subtle innuendo as well as jabs at Microsoft who now controls all of Rare and its IPs. For the people who have played Banjo and other Rare titles this will be all too familiar, but unfortunately for those who haven’t the jokes and dialog can come off a bit cheesy. This is a common theme within Yooka-Laylee, and not that new players won’t enjoy it, it is definitely catered to being a game that gives you that kick of nostalgia. 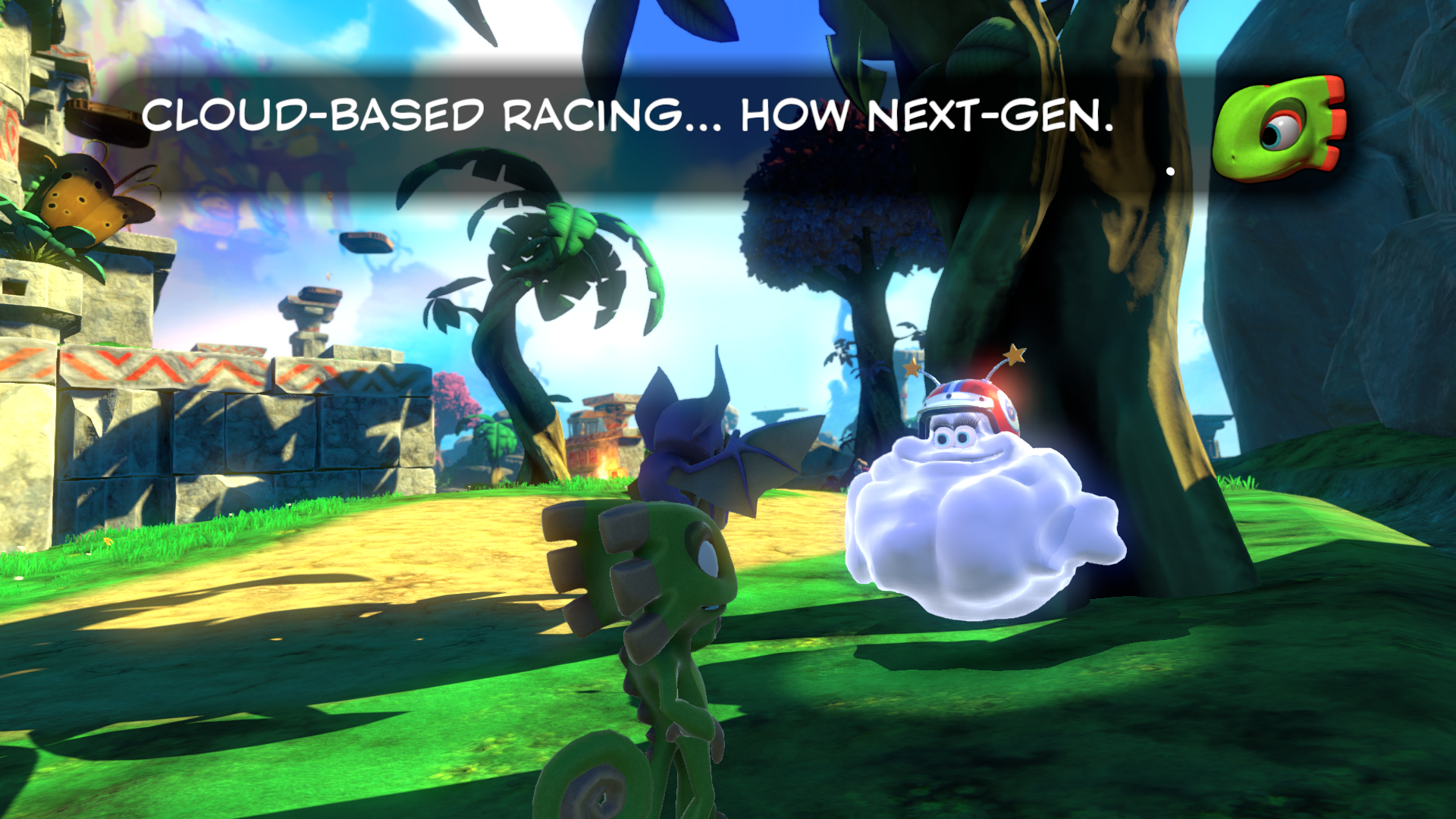 Yooka-Laylee is incredibly captivating with lots of colors that REALLY pop. I loved just walking in each of the worlds as well as the overworld just looking at how each level was designed, there is a lot of variation between worlds and plenty to explore and discover. Yooka-Laylee really captures the playful spirit that I had hoped it would when it was first announced. Now it isn’t all sugarplums and gumdrops. While playing the game I noticed that everything seemed to be masked in a haze. At first I thought it was my monitor, but I tried a few other games and even a different monitor and it still seemed to be there, almost as if it was really humid out. This isn’t too distracting as it isn’t as bad in other levels, but it IS particularly noticeable in Tribalstack Tropics (some of this may be by design since it is, well…. tropical). 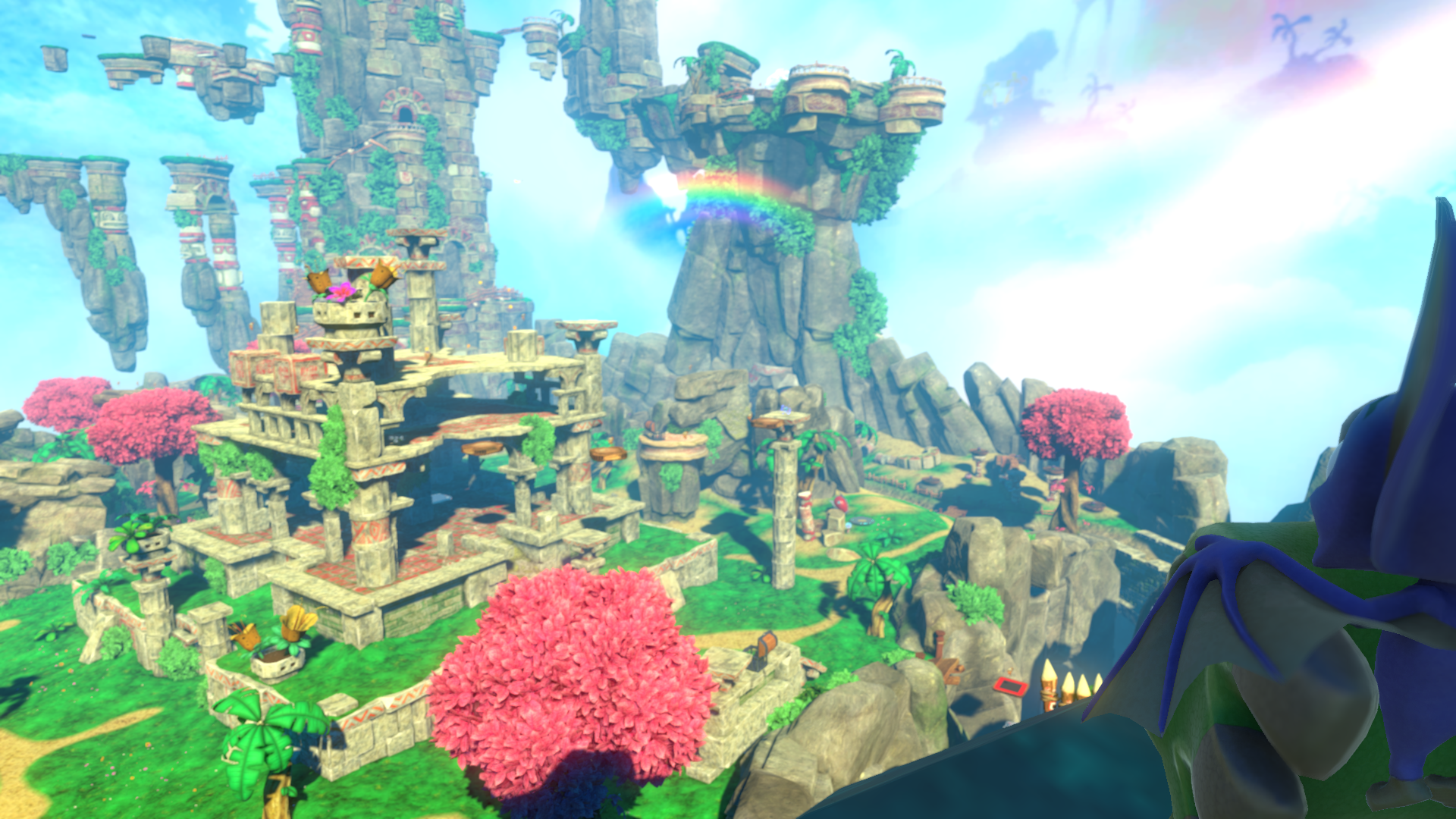 Yooka-Laylee’s controls are very tight which is exactly what you would want in a game like this. It is a clear that a lot of time was spent playing the game in development to refine the controls. Yooka-Laylee is a classic collect-a-thon with 145 Pagies and 1010 Quills to collect. There are lots of items for you to seek out, some listed and some more ??? hidden ???.  Now one thing that I did notice that can be used to the players advantage to exploit the game. Instead of drawing a separate collision map for the levels, the collision mapping aligns exactly with the game’s geometry. This means that you can stand on a window frame just barely jutting from the wall, which can allow to get to places that you aren’t intended to at the time. Or I could be wrong, this could be an intended feature to allow the player to be more creative with how they solve puzzles. 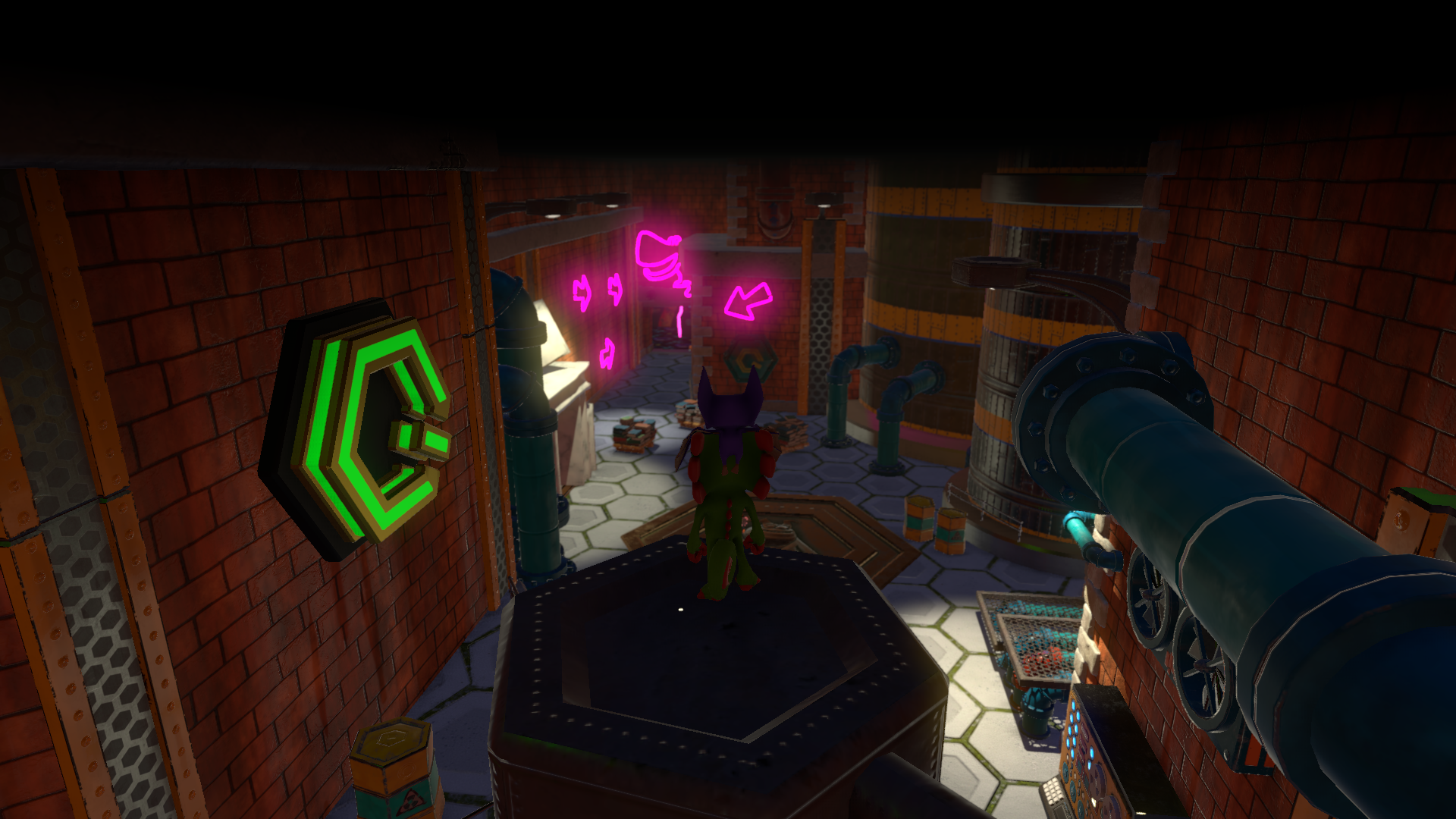 Yooka-Laylee has some of the same composers working on it who created the soundtracks for Banjo Kazooie and Donkey Kong Country whose songs I still find myself humming today 20 years later. Yooka-Laylee doesn’t quite leave quite the same impact that Donkey Kong Country and Banjo left me with, but the soundtrack is still excellent and each track fits perfectly for the level that it is designed for, some evolving depending on which part of the level that you are in. I am definitely going to be purchasing the soundtrack for my collection. 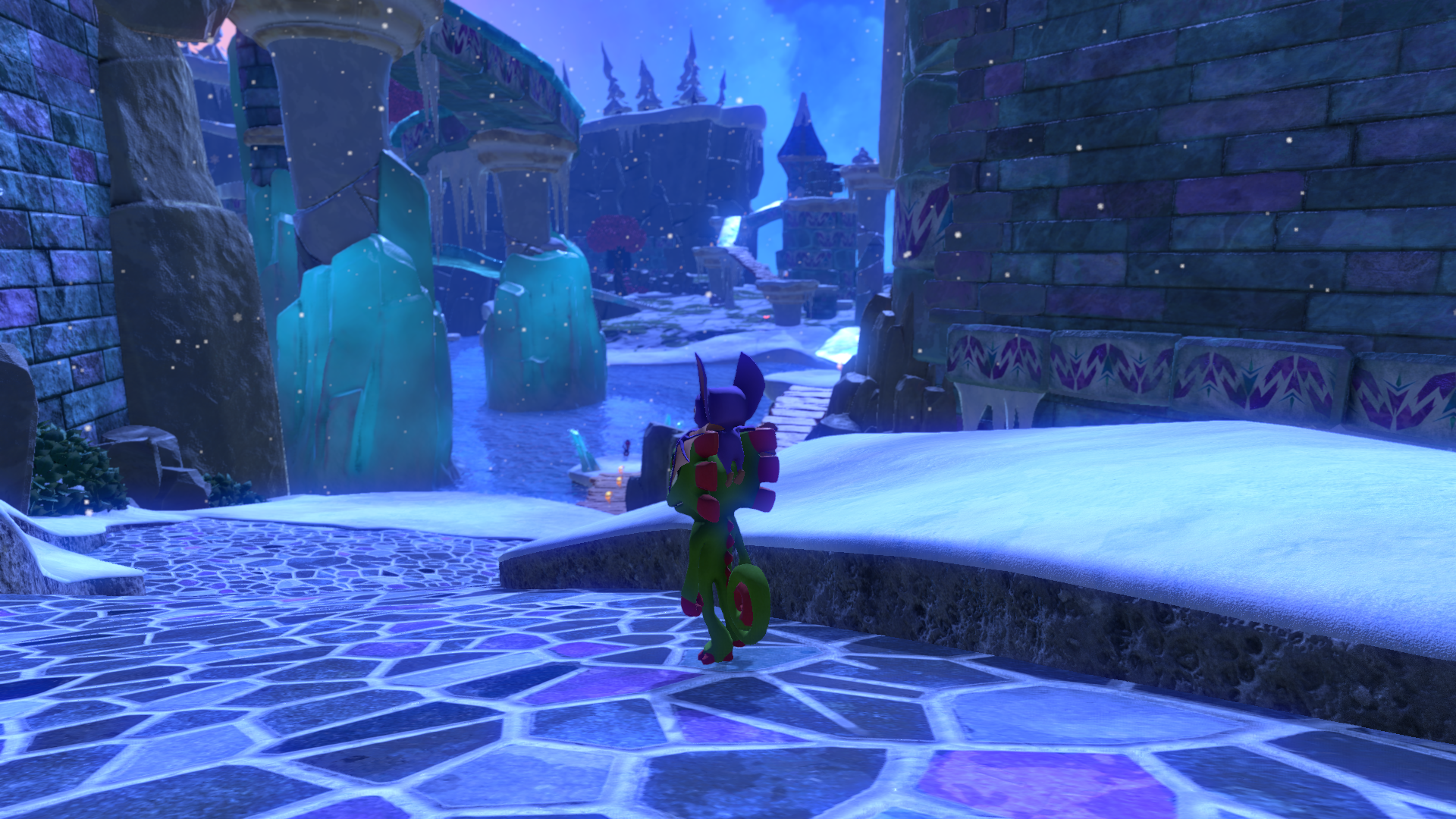 On both the 780ti and the RX 480 I had no problem maintaining 60fps at max settings. Now I am aware that others have had some issues with frame stuttering, but I did not experience any of that with the build that I was playing. It is possible that is could be the difference in build, but who knows.

I also threw an older 660 into the mix to see how it performed and it was also able to handle a stable 60fps, but after I dropped the visuals down a bit.

I think it is safe to say that Yooka-Laylee will run well on a variety of builds. Especially considering the low minimum system requirements provided by the developer. My only real gripe is there aren’t a whole lot of visual settings to choose from, just resolution, quality and V-sync. 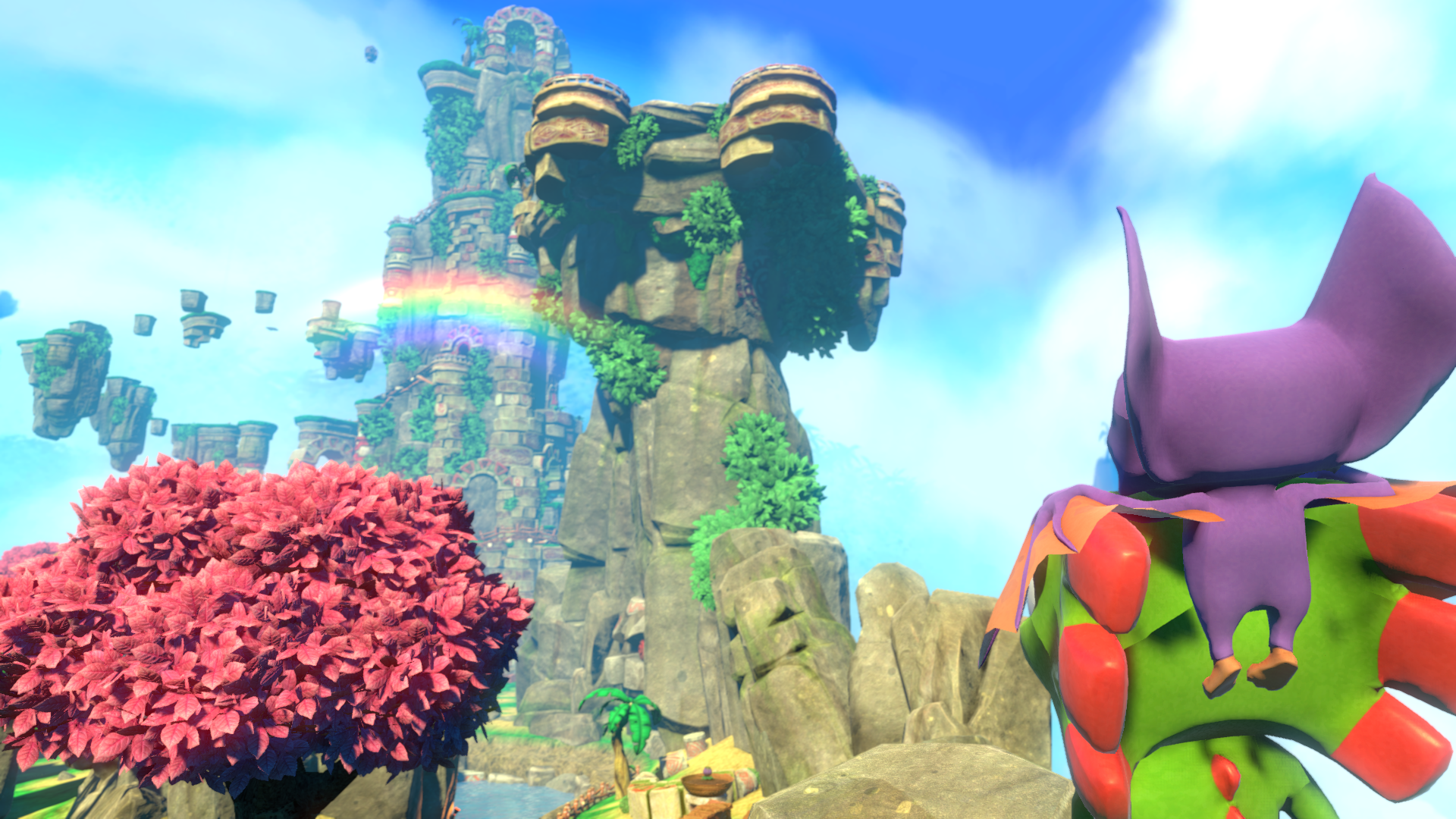 So Yooka-Laylee has an interesting multiplayer. There is one mode that is 1-4 players in which you and a group of friends can play Rextro’s arcade games together to compete for the highest score. Then there is another co-op mode that you can play throughout the entire story where player 2 controls a swarm of bees that can grab items for player 1 as well as freeze moving platforms. This is similar to how Super Mario Galaxy handled its multiplayer.

While there are still some kinks to work out before the game’s release date, I was made aware from day one that I was playing an earlier build of them game because the developers wanted to give reviewers plenty of time to play the game before the release date. This bodes well for Yooka-Laylee because it shows that it has nothing to hide. Yooka-Laylee has taken me for a nostalgia ride that I have been yearning for, for so long. While it may not be the one game to revive the 3D-Platforming genre, it definitely stands on its own as a fantastic game modern game with some 90’s spirit.

Thanks to Playtonic Games for giving me the opportunity to play Yooka-Laylee and reminding me of the games that got me into gaming in the first place. 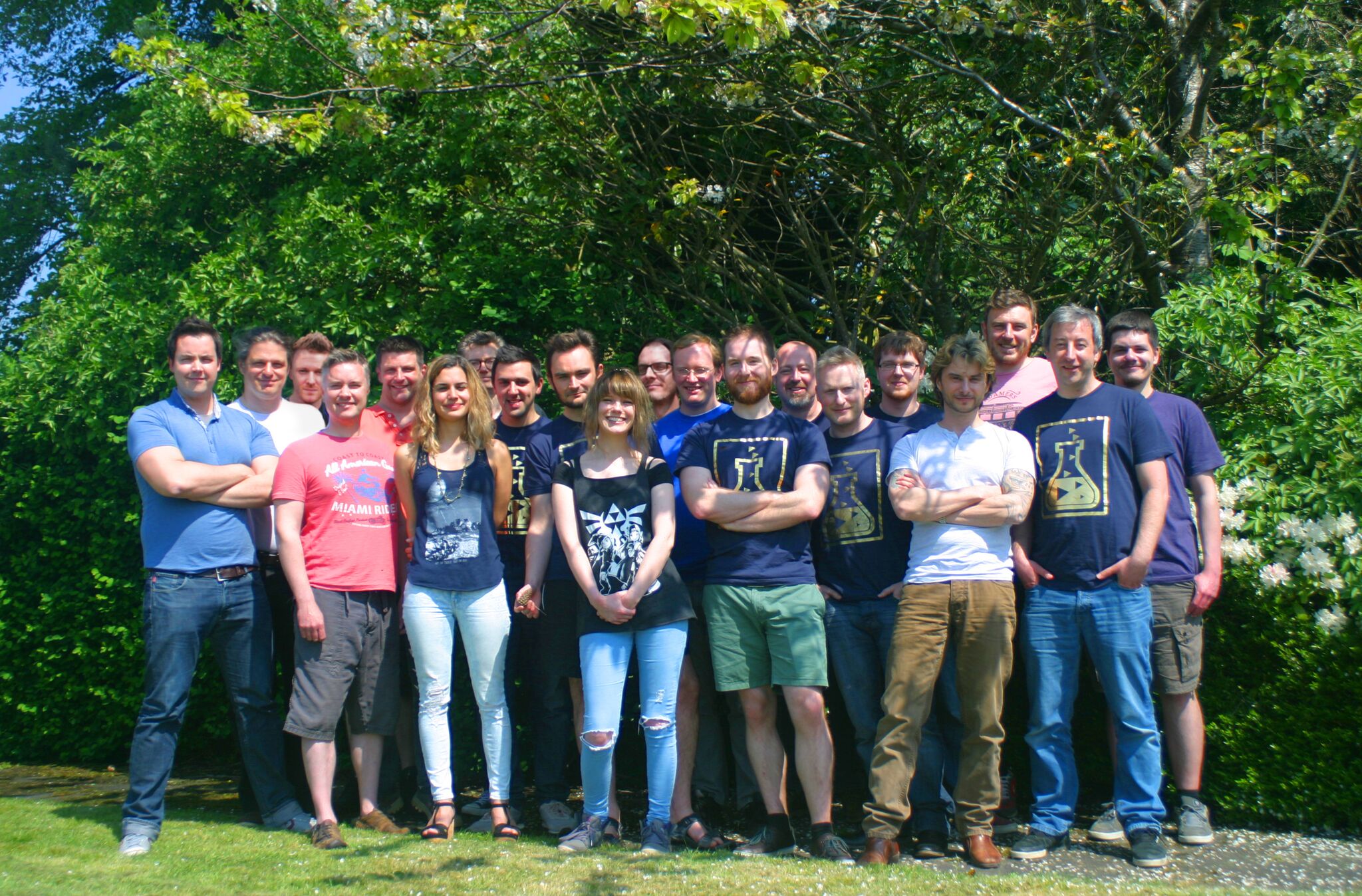