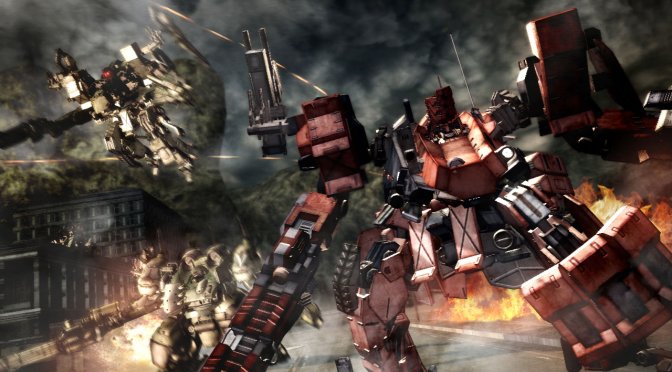 Some new rumors surfaced earlier this month, suggesting that FromSoftware is working on a new Armored Core game. And, from the looks of it, the first screenshots for this AC game have been leaked online.

From what we’ve heard, this new Armored Core game will be a third-person shooter mecha action title. The game promises to let players roam an overwhelmingly scaled map. Players will face strong enemies and fierce battles both long and short range using guns and blades.

This Armored Core game is also rumored to offer extensive customization. Players will be able to reconfigure body parts and weapons in order to upgrade their mech.

Lastly, the game promises to have a dynamic, three-dimensional movement system.

Now as with all rumors and leaks, we suggest taking everything you just read with a grain of salt.

Enjoy the following screenshots (which appear to be from an alpha or beta build) and stay tuned for more!