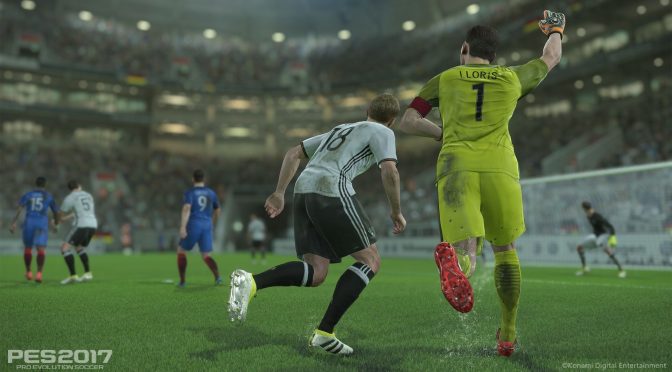 Konami has released two new screenshots for Pro Evolution Soccer 2017. PES 2017 promises to be better than its predecessor, however it’s unclear whether the PC version will be based on its current-gen or old-gen version.

For what is worth, here are the key improvements that will be coming in Pro Evolution Soccer 2017:

Real Touch – See how different players control the ball in unique and different ways based on where and how you control them, dictating the flow of the game based on how they react to the unpredictable movement of the ball.

Precise Pass – Combining Real Touch and real ball physics, passing is an art form in PES 2017. Many factors determine the speed and accuracy of the ball. The pass that is made on the best situation and timing will generate a perfect trajectory, creating a great satisfaction when a killer pass is made.

Natural Player Movement – Hundreds of new animations have been added to bring the players and goalkeepers to life – but it doesn’t stop there. New features such as Real Touch and Precise Pass see huge benefit, giving a vast array of movements when trapping and passing the ball.

Goal Keeping – Keepers see a great jump in quality through added motions and animations, creating the most agile keepers in PES history. Attacking moments will be more dramatic than ever, bringing the best feeling of achievement when the goal is scored.

Total Team Control – Users can instantly change the attacking and defending mentality of the team, which can be tweaked and carefully controlled with simple controls, being able to immediately react to the unpredictability of the sport.

Corner Kick Control – Control the defensive strategies on a set piece, such as marking zonal or man-marking. Offensive options are also included such as specific player movement.

Adaptive AI – For the first time in a football game, the AI will learn how you play! Player and team behavior has always been a staple of the PES series and for PES 2017 Adaptive AI will change sports games forever.
Keepers see a great jump in quality through added motions and animations

Authentic Visuals – For PES 2017 the visuals have seen a major upgrade, offering Authentic Visuals thanks to the further incorporation of Fox Engine. Nothing has been left untouched, from the player models, lighting, crowds, pitch and stadiums totally revamped. Never has a game looked so real. 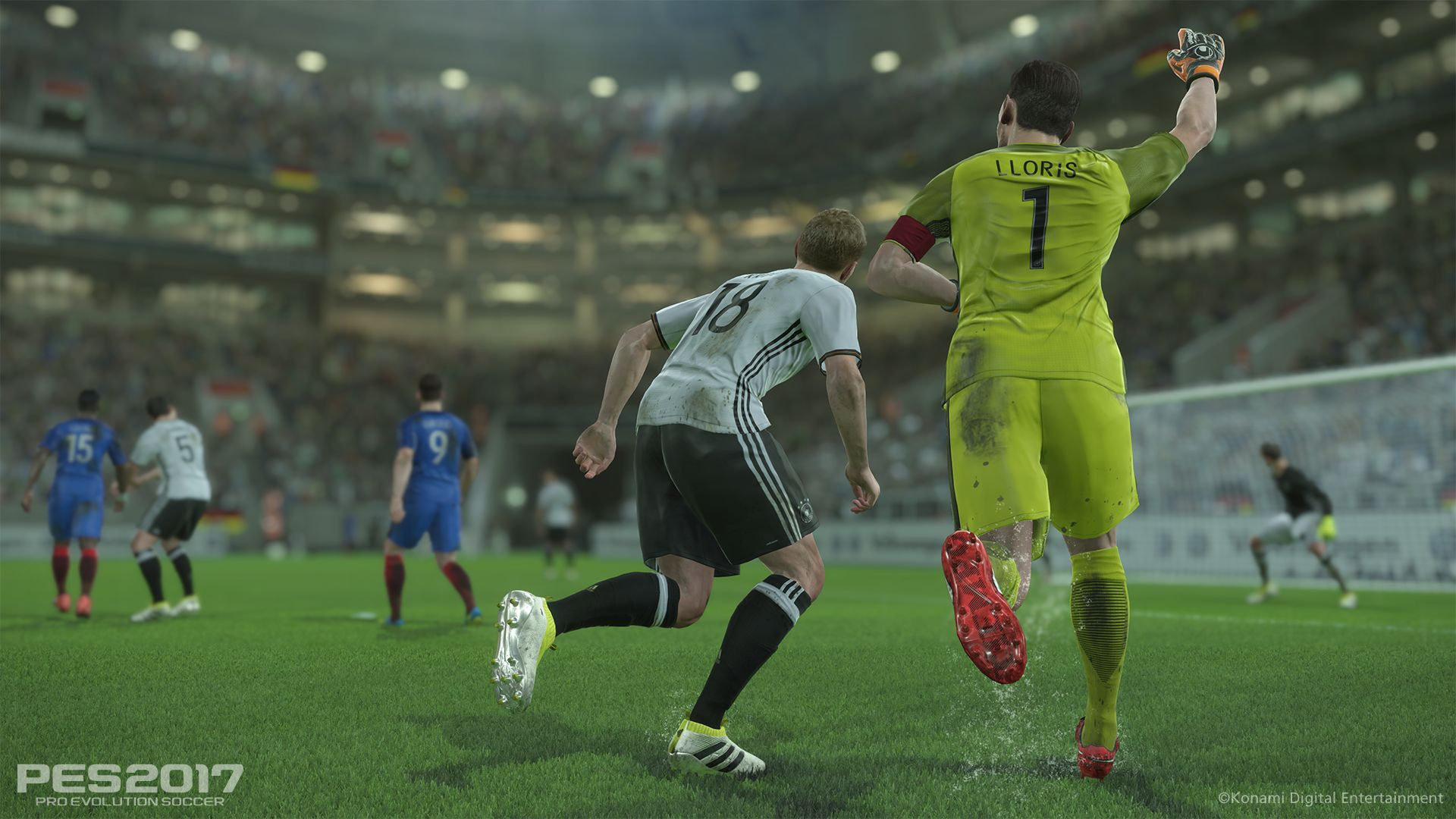